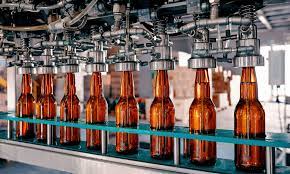 ISLAMABAD: A Chinese liquor company which was granted a licence in 2018 for making beer has formally started production at its plant in Pakistan’s Balochistan province, the first such alcohol firm from China to establish its unit in the Islamic nation, according to media reports on Wednesday.

Hui Coastal Brewery and Distillery Limited, producer of some of the famous alcohol brands, commenced production at its plant in Balochistan’s industrial town of Hub. The beer produced at the plant will be supplied to Chinese nationals working at various projects launched across Pakistan.

An official of the provincial excise and taxation department told Dawn newspaper that the company had been granted a licence which it had applied for in 2017.

The company registered itself with the Securities and Exchange Commission of Pakistan (SECP) on April 30, 2020, after completing installation of the liquor plant.

The company formally started its beer production last week, which product will be supplied to Chinese nationals working at various projects launched in different areas of Pakistan under the China-Pakistan Economic Corridor (CPEC) and mines and mineral projects in Balochistan, Mohammad Zaman Khan, director general, Excise and Taxation South, told the Dawn newspaper.

He confirmed a licence had been issued to the Chinese company in 2018 as it had submitted an application to the authorities concerned in 2017, pleading that the beer and liquor brand which the company produces in China is not available in Pakistan.

The application took over a year for approval and in 2018 the former Balochistan government agreed to issue a licence to the Chinese company, the DG Excise and Taxation South said.

With vast experience of manufacturing liquor in China, this will be the first Chinese company to establish its plant in Pakistan. The company is famous for producing world’s famous brands and it would introduce its two famous brands in Pakistan. The entire process, from manufacturing to packaging, would be carried out at its plant in Lasbela, a coastal district in the province, the News International reported.

Sources said the Hui Coastal Brewery and Distillery Limited made an investment of Rs 3 million for installing a modern liquor plant on a five-acre plot of land in Hub. It is learnt that for the time being, the Chinese company would produce beer to fulfil the requirement of Chinese nationals working in Pakistan.

Hundreds of Chinese workers and engineers are engaged in different development projects in Pakistan including the ambitious China-Pakistan Economic Corridor (CPEC).

Chinese interest in Balochistan has spiked in recent years after the announcement of the USD 50 billion CPEC, which plans to connect Pakistani port of Gwadar to Xinjiang in China.

Alcohol is banned in Pakistan for consumption of the Muslims but there are some exception for its use for the non-Muslim population of the country which is less than 5 per cent.