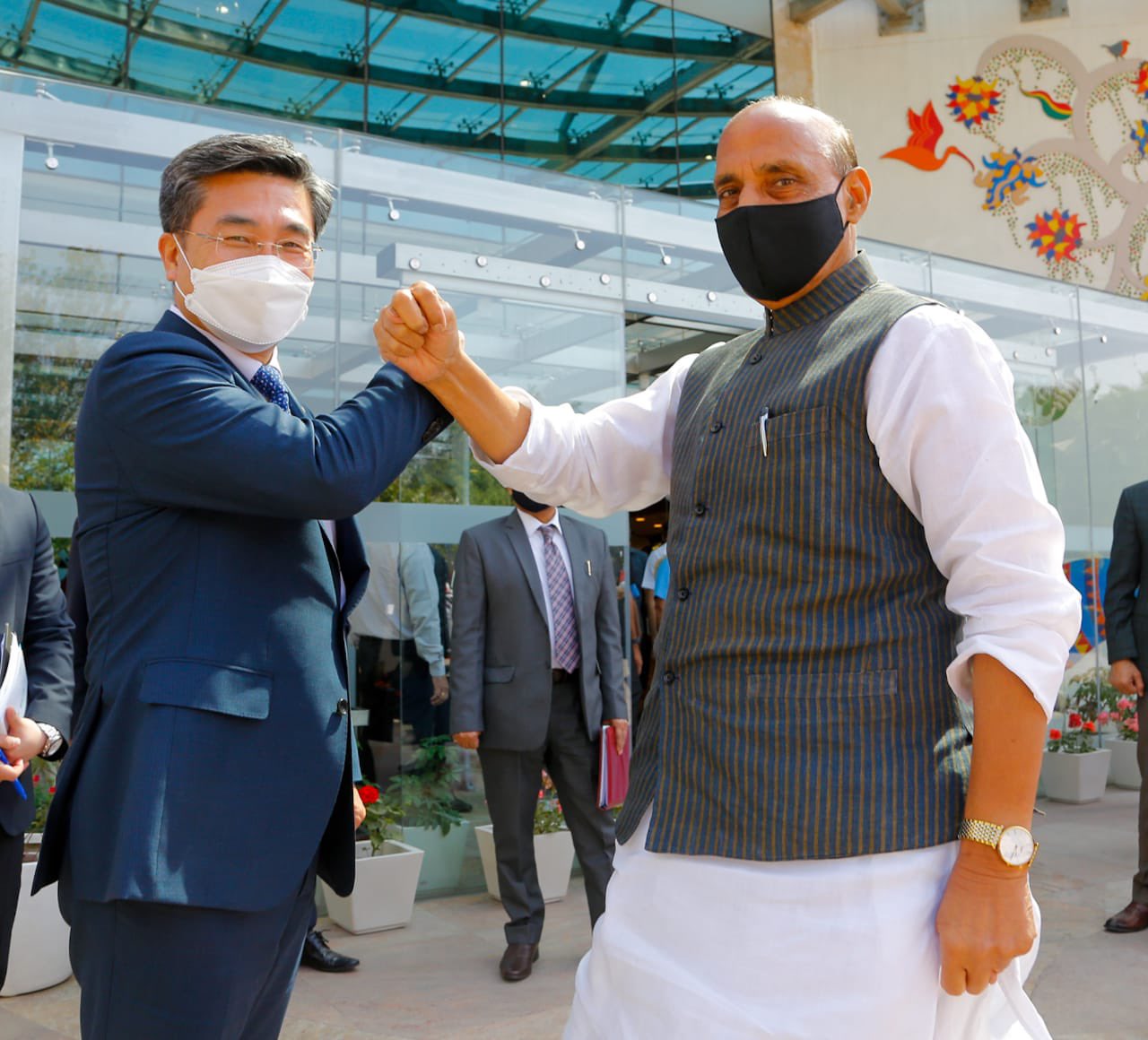 NEW DELHI: In a significant move, India and South Korea have agreed to go for joint production and export of military hardware, enhance intelligence sharing and boost cooperation in cyber and space domains as part overall expansion of defence and security ties, official sources said on Sunday.

The decisions were taken during delegation-level talks between Defence Minister Rajnath Singh and his South Korean counterpart Suh Wook on Friday with both sides resolving to give a major push to ramp up ties in strategically key areas, they said.

The South Korean minister was on a three-day visit to India from Thursday last that was focused on boosting bilateral defence and military cooperation.

Had excellent deliberations with the Republic of Korea’s Defence Minister, Mr Suh Wook, in New Delhi today. We discussed ways to strengthen and further deepen defence cooperation between India and RoK. pic.twitter.com/ewviEJMViI

In the field of defence industrial cooperation, the sources said the two sides decided to focus on joint research, joint production and joint export.

“There were extensive discussions on it,” said a source.

South Korea has been a major supplier of weapons and military equipment to India. In 2019, the two countries finalised a roadmap for cooperation in joint production of various land and naval systems.

In the talks, the South Korean minister also expressed keenness in seizing the opportunities in India’s two defence corridors, particularly by investing in joint ventures under the ‘Aatmanirbhar Bharat’ (self-reliant India) initiative.

The sources said issues regarding multilateral and regional cooperation in the emerging regional security scenario were also discussed between Singh and Wook.

It is learnt that China’s military assertiveness in the region figured in the talks.

The two sides also agreed to increase focus on cyber and space cooperation besides resolving to continue to focus on streamlining the intelligence exchange mechanism.

In the talks, the two ministers exchanged views on the impact of Covid-19 pandemic on the defence and security engagements as well as best practices followed by the armed forces to deal with the pandemic.

The sources said the Korean minister also highlighted the congruence between India’s Act East Policy and his country’s Southern Policy.

In light of India’s experience in the UN peacekeeping operations, the Indian side conveyed to the South Korean delegation that it will ensure an appropriate participation in the upcoming UN Peacekeeping Ministerial meet in that country in December 2021.

The South Korean minister also visited Agra where he was shown capabilities of India’s special forces. He also interacted with top executives of defence public sector undertakings and representatives of industry chamber FICCI.