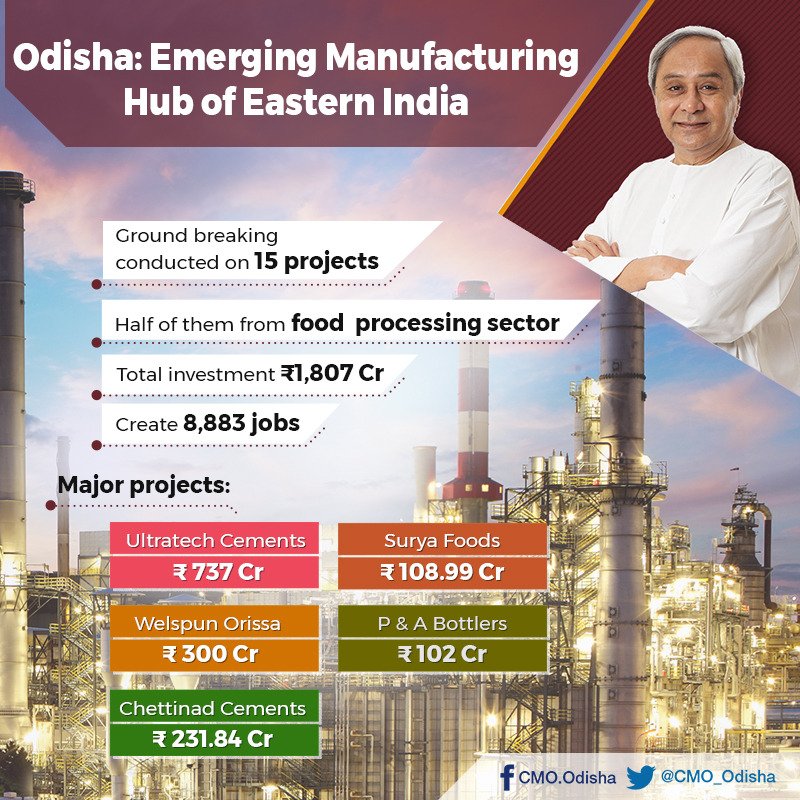 Patnaik, who conducted the groundbreaking ceremony via video conferencing, said he is happy with the fast-paced progress of the investment plans.

“I am particularly happy to note that the private industrial park policy of my government has seen good response from the investor community and we have performed groundbreaking of the industrial park at Dhamra, which will promote port-led manufacturing in the state,” Patnaik said.

The chief minister said that in less than one year, the state has done groundbreaking or inauguration of 64 projects which created employment opportunities for more than 30,000 youths.

“This has only reaffirmed our position as the number one state in implementation of live manufacturing investments,” Patnaik claimed.

The chief minister said that the state’s focus is also to diversify the industrial growth across Odisha. In this regard, the maize processing plant at Nabarangpur will contribute significantly in creating new job opportunities for the people in this industrially backward district, he said.

The food processing industry, including seafood processing, is a strategic priority of the state government’s industrialisation plan that contributed over half of the projects (8 of the 15 projects).