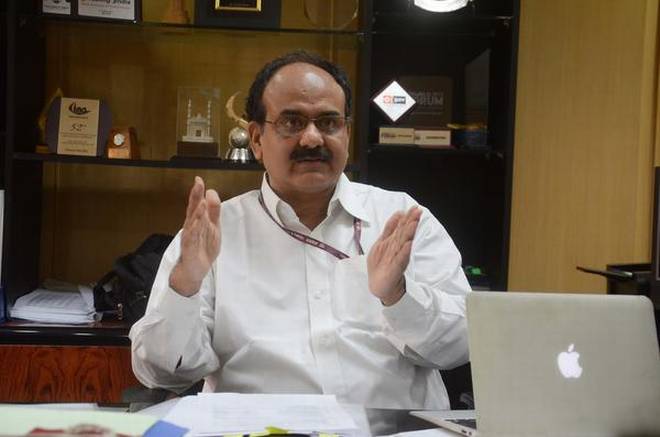 NEW DELHI: The UIDAI has said that the Supreme Court of India order restricting use of Aadhaar will have no bearing on enrolment and update services being carried out at banks, post offices and government premises.

The move comes as service providers may still use offline verification tools that leverage the unique ID without authentication.

The apex court has ruled that Aadhaar is not mandatory for opening bank accounts, but the norms set for banks and post offices to undertake Aadhaar enrolment and updation activity will stay as these are different from authentication services, Unique Identification Authority of India (UIDAI) CEO, Ajay Bhushan Pandey told PTI in an interview.

“As Aadhaar is going to be used in the offline mode, for opening bank accounts and other services, and because use of Aadhaar in Direct Benefit Transfer, Pan-ITR has also been held constitutional, the role of banks is going to be vital in the entire Aadhaar ecosystem. So, Aadhaar enrolment and update activity, undertaken by banks and post offices will continue as it was being done before,” Pandey said.

Working on enrolment and update requests for Aadhaar is independent of authentication services, Pandey said, while responding to specific question on whether the UIDAI will review its plans for these centres now that bank accounts cannot use Aadhaar authentication.

“More than 60-70 crore people have Aadhaar card as their only identity proof, so voluntary offline usage will continue. Both banks and post offices have set up 13,000 centres each. We will keep opening more centres, depending on the need,” he said.

Similarly, for now there is no change or review in the norms put by the UIDAI for banks to carry out enrolment and updation activities, he said.

UIDAI has said that service providers can use offline verification tools like eAadhaar and QR (Quick Response) code that leverage Aadhaar without authentication, any access to biometrics, or revealing the 12-digit number.

UIDAI believes that this would mean that individuals will continue to need services such as enrolment and updation, if they want to use Aadhaar based offline modes.

The Aadhaar-issuing body also plans to create awareness around these offline verification methods, starting with an active engagement with technology industry here this week.

In a recent verdict with far-reaching consequences, the Supreme Court had upheld the constitutional validity of ‘Aadhaar’ but limited the scope of the controversial biometric identity project, ruling it is not mandatory for bank accounts, mobile connections or school admissions.

Holding there was nothing in the Aadhaar Act that violates right to privacy of an individual, the five-judge constitution bench in a 4 to 1 verdict cleared the use of Aadhaar (world’s largest biometric ID programme) for welfare schemes.

The court held Aadhaar will remain mandatory for filing of Income Tax (IT) returns and allotment of Permanent Account Number (PAN) but struck down Section 57 of the Aadhaar (Targeted Delivery of Financial and other Subsidies, Benefits and Services) Act, 2016 that permitted private entities like telecom companies or other corporate to avail of the biometric Aadhaar data.