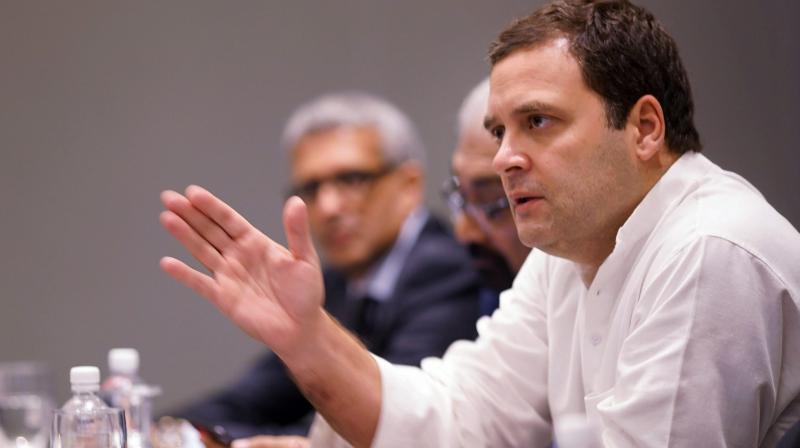 Poonawalla’s charge was however denied by the Congress.

The former Kingfisher Airlines boss had claimed Wednesday in London that he met Jaitley before leaving India and offered to settle his dues, a charge the finance minister denied and dubbed “false”.

Poonawalla claimed the meeting took place during the same time when loans were given to fugitive diamantaire Mehul Choksi and his nephew Modi and asserted the SPG will have records to prove it.

“Open challenge to Rahul Gandhi to deny he met Nirav Modi in Sep 2013 cocktail party -11th Sep if my memory serves me right! Imperial Hotel- Rahul spent a long time! Same period when loans given to Mehul Choksi and Nirav Modi!! SPG may have records or let’s undergo lie detector test?,” he tweeted.

Poonawalla said he could swear on Quran and take a lie detector test to prove that he was speaking the truth.

“If PL Punia is proof of @arunjaitley meeting Vijay Mallya (and accosting = meeting) I can swear on Quran and undertake lie detector @RahulGandhi attended Nirav Modi cocktail party and bridal wear programme at Imperial Hotel Delhi in Sep 2013 while loans were wrongly given to mama-bhanja,” he claimed.

Earlier in the day, while stepping up the attack on Jaitley, Gandhi had claimed Punia saw him sitting with Mallya in the Central Hall of Parliament on March 1, 2016 and held an elaborate meeting of 15-20 minutes with him.

“There is a reason why Rahul Gandhi has formed a MahaGathBandhan with Vijay Mallya and relies on such fugitives’ statements – ever since the @narendramodi govt brought in the Fugitive Economic Offender’s Law – Bhagodas and potential bhagodas are feeling anxious,” Poonawalla alleged.

Later talking to PTI, he said Gandhi and Nirav Modi met during a “special meeting”. He said the Congress president “consciously” attended the cocktail and bridal wear party and spent “quite sometime” at the hotel.

“I’m ready to quit politics if proved wrong,” he added.