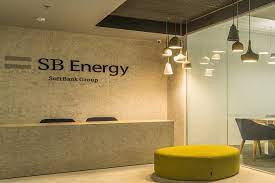 With this deal, SB Energy would exit the Indian market. Industry sources said SB Energy will no longer participate in any project tenders in India. SB Energy had been looking to sell its portfolio for close to two years, said executives. The company had asked the Indian government for dollar-based tariffs and award large capacity but these were not accepted.

The last such large deal was when Tata Power acquired renewable energy assets of Welspun Energy for a value of close to Rs 10,000 crore, in 2016.

“This acquisition is another step towards the vision we stated in January 2020, wherein we laid out our plans to become the world’s largest solar player by 2025 and thereafter the world’s largest renewable company by 2030. We are well on our way to achieve our stated solar portfolio targets four years before the deadline we set for ourselves,” said Gautam Adani, chairman of Adani Group in a statement.

“We established SB Energy India in 2015 with the goal of creating a market-leading clean energy company to help fuel India’s growth with clean and renewable sources of energy. We are immensely proud of all that we have accomplished,” said Masayoshi Son, Representative Director, Corporate Officer, Chairman & CEO of SoftBank Group Corp.

Sunil Bharti Mittal, chairman of Bharti Enterprises, said: “I am delighted that SB Energy has found a good home to carry on its pioneering journey of building a foremost renewable energy company in India.”

The closing of the transaction is subject to customary approvals and conditions.