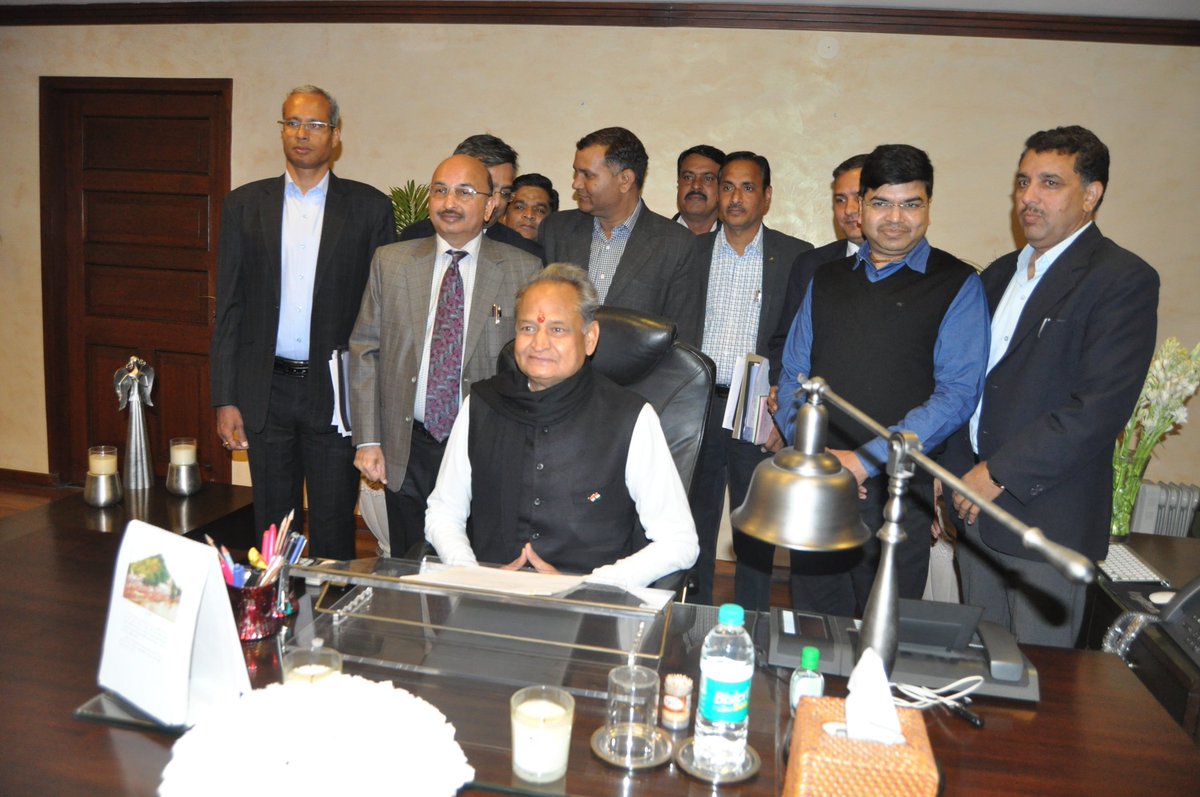 NEW DELHI: Two days after being sworn in, the Congress government in Rajasthan on Wednesday waived short-term crop loans from cooperative banks and loans of up to Rs 2 lakh taken by farmers from other banks.

“This will put a burden of Rs. 18,000 crore on the exchequer,” Chief Minister Ashok Gehlot told reporters in Jaipur.

The move is line with the action taken by the governments in Madhya Pradesh and Chhattisgarh, the two other states where the Congress won the recent assembly elections.

“The decision was taken after a proper detailed discussion with officials from the concerned departments. A roadmap has been prepared so that the officers face no problem in following the decision.

“Congress president Rahul Gandhi had promised during election campaign to waive farmers’ loan in 10 days after the Congress comes to power and we have fulfilled the promise by issuing the order,” he said.

The promise was also repeated in the Congress manifesto for Rajasthan, where the party won 99 out of the 199 seats for which polling took place on Dec. 7. Gehlot attended office the first time on Wednesday but has held meetings with officials at his home after being sworn in on Monday.

The waiver will apply to loans taken up to Nov. 30, he said. “Farmers’ short-term crop loans from cooperative banks will be waived. Along with this, farmers’ loans of up to Rs 2 lakh from nationalised and other banks will also be waived,” he said.

Targeting the previous government, Gehlot said it had waived short-term crop loan of only up to Rs 50,000 taken from cooperative banks. Now the Rs 50,000-limit has been removed, Gehlot said referring to the scheme the BJP government had announced earlier this year.

He said the Vasundhara Raje government’s scheme would have cost Rs 8,000 crore, but only Rs 2,000 crore were actually spent in writing off the loans. The remaining burden has been passed on to the new Congress government, he claimed. Gehlot said farmers who were unable to pay back their loans were committing suicide in the state.

On Tuesday, Rahul Gandhi had said the opposition will not rest till Prime Minister Narendra Modi’s government waived farm loans across the country.