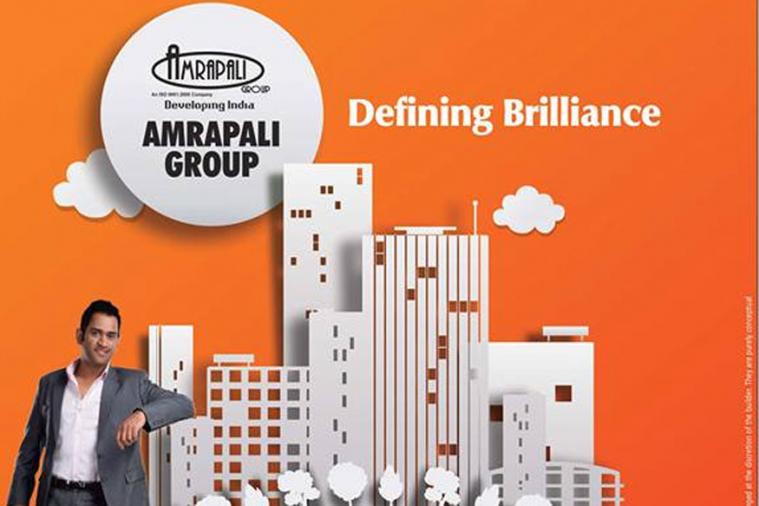 The forensic audit report accepted by the top court on Tuesday said that Amrapali Sapphire Developers Pvt Ltd had paid Rs 6.52 crore, out of the total amount of Rs 42.22 crore, to RSMPL during 2009-2015.

Several agreements were entered into by Amrapali Group with RSMPL, including one of November 22, 2009, under which Dhoni would make himself available to the chairman for three days along with one representative of RSMPL, it said.

“There are no documents held on record for compliance of this condition,” forensic auditors Ravi Bhatia and Pawan Kumar Aggarwal said in their report.

“This clearly shows that these agreements have just been made for payment of amounts to Rhiti Sports Management Private Limited Company are sham agreements and made just for making payments to RSMPL,” the report said.

“We feel that home buyers’ money has been diverted illegally and wrongly to RSMPL and should be recovered from them as the said agreement in our opinion does not stand the test of Law,” the forensic auditors have said in their finding which was noted by a bench of Justices Arun Mishra and U U Lalit in its 270-page verdict.

In April this year, Dhoni had moved the apex court seeking protection of his ownership rights on an over 5,500-square feet penthouse he booked 10 year ago in a project of Amrapali Group.

“There is no resolution on record authorising Anil Kumar Sharma, CMD to enter into an agreement on behalf of all Amrapali group of Companies,” the auditors said.

The report also dealt with an agreement for sponsorship dated March 20, 2015, under which Amrapali Group of Companies got the right to advertise as Logo Space at various places in the IPL 2015 for Chennai Super Kings.

“It is observed that this agreement is on plain paper and executed only between Amrapali and Rhiti Sports Management Private Limited and there are no signatories on behalf of Chennai Super Kings to this agreement. No resolution in favour of Arun Pandey, signatory of Rhiti Sports Management Private Limited, is attached with the said agreement,” the auditors said.

They said Dhoni, whose wife Sakshi Singh Dhoni, was a director in Amrapali Mahi Developers Pvt Ltd, was the brand ambassador of Amrapali Group and carried out a number of transactions with respect to endorsement of its projects. He has entered in agreements with other group companies as well.

It said Amrapali Mahi Developers Pvt Ltd was incorporated for development of a project in Ranchi and an Memorandum of Understanding (MoU) was also entered between the parties.

The auditors found that Amrapali Sapphire Developers Private Limited has booked a flat in the name of RSMPL by passing an adjustment entry.

“However, Sanjay Pandey of Rhiti Sports Management Pvt Ltd denied booking of any such flat. He also confirmed that neither the company nor any individual has any flat in Amrapali Group. Pandey confirmed that no due diligence was carried out before accepting the brand endorsement though he informed that brand value and paying capacity was seen,” the report said.

“No agreement was provided, though it was agreed that it would be provided by March 11, 2019. Expenses were reimbursed to Rhiti Entertainment Private Limited, a group company, without any agreement,” the finding of auditors said.

Rhiti Group, in a statement, said,”With utmost respect to the orders of Supreme Court, we would only like to clarify that the observation mentioned in a forensic report are bereft of proper information or relevant documents. The company has been in possession of all information and relevant documents that can establish the clean image and that the observations made in the said report are incorrect.”

The group said, “Rhiti has been an endorsement agency for world class talent and was retained by Amrapali Group due to its fair and transparent business dealings in 2009. The question of siphoning funds does not arise because Rhiti provided all professional services as per the agreement, and the then pre-agreed endorsement fee received from Amrapali was paid to relevant endorsing staff and celebrity.”

“We have legitimate business claim of approximately Rs 40 crore against Amrapali Group and towards the recovery of the same, we are before the Supreme Court,” RSMPL said.

On Tuesday, cracking its whip on errant builders for breaching the trust reposed by home buyers, the top court cancelled registration of Amrapali under the real estate law RERA, and ousted it from its prime properties in NCR by nixing the land leases.

The SC, which directed a probe by the ED into alleged money laundering by realtors, provided relief to over 42,000 home buyers of Amrapali Group with the verdict. It directed the state-run National Buildings Construction Corporation to complete stalled projects of the realtor, whose directors Anil Kumar Sharma, Shiv Priya and Ajay Kumar are behind the bars on top court’s order.