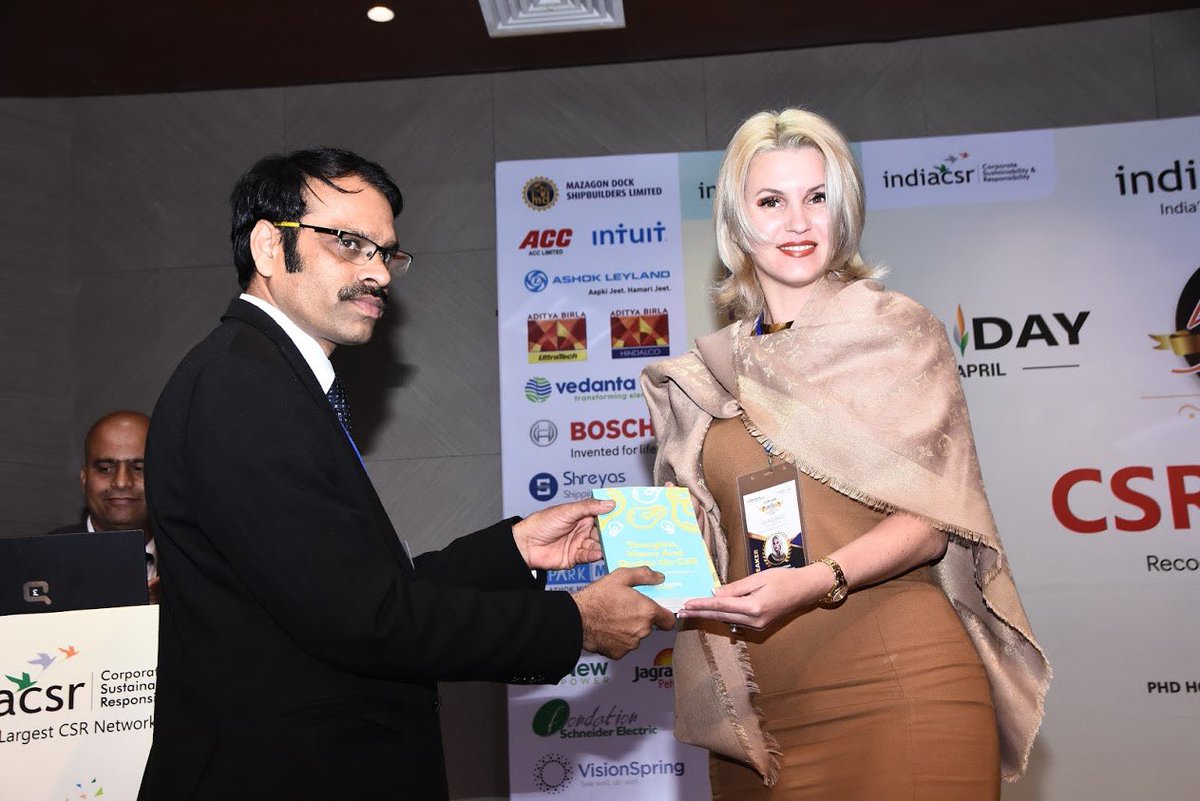 Mrs Verma is the Chairperson of ‘Olialia World’ which is a US$ 2 billion multinational FMCG corporation with interests in infrastructure, hospitality, aviation and financial services sectors.

#AncaVerma philanthropist was conferred with the #Industrialist of the year CSR Leadership Summit Award on #CSRday at PHD Chamber of Commerce and Industry auditorium #Delhi on 1st April 2019#VermaFamilyDiary #Olialia pic.twitter.com/NeoxWtuQoF

The award was particularly for the transformative work done by the Shrikant Verma Charitable Trust which was formed in the memory of Mrs Verma’s late father in law, who was a famous poet and Senior Congress Leader and a Member of Parliament from Madhya Pradesh from 1976 to 1982 and 1982 to 1986.

The event was organised by India CSR, largest CSR news network in India.