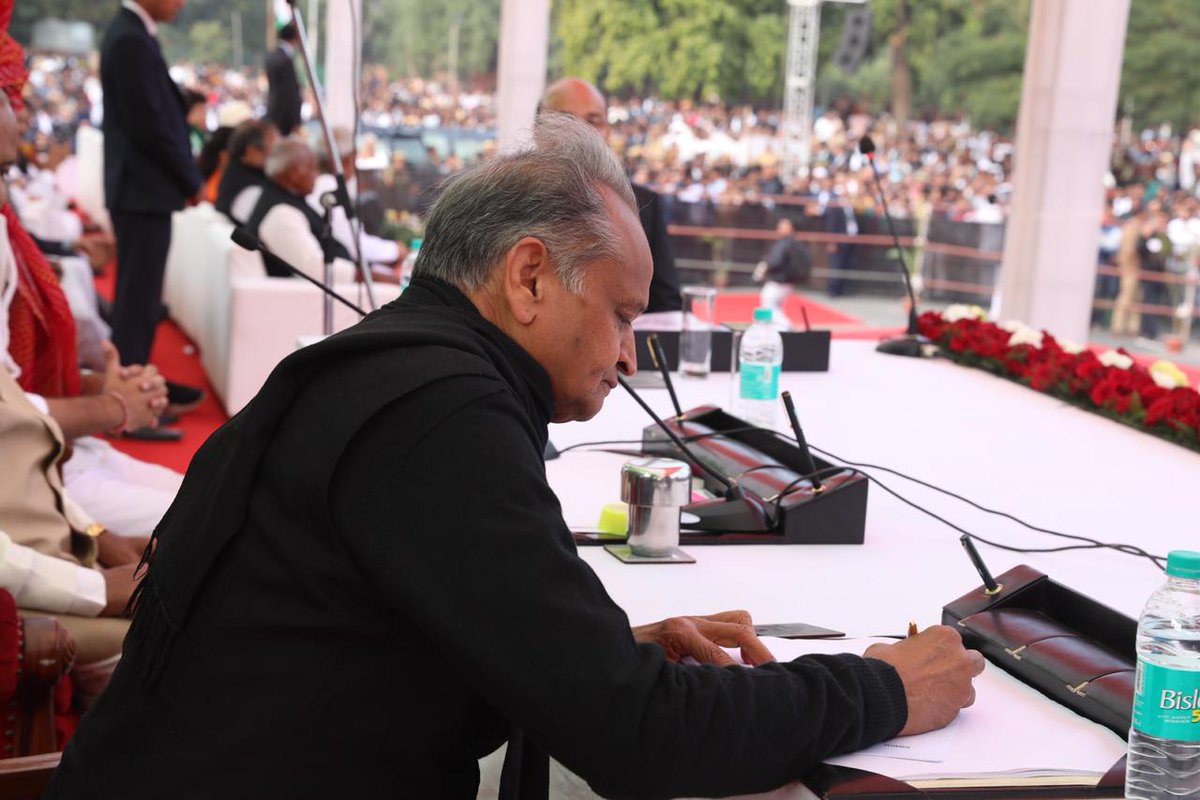 JAIPUR: Senior Congress leader Ashok Gehlot was on Monday sworn in as the chief minister of Rajasthan at a ceremony here, while Sachin Pilot took oath as a cabinet minister.

Some glimpses from Swearing in ceremony.. pic.twitter.com/5t6b9h7HMj

The party announced that Pilot will be the state’s deputy chief minister.

Rajasthan Governor Kalyan Singh administered the oath of office to Gehlot and Pilot in the presence of Congress president Rahul Gandhi and former prime minister Manmohan Singh at the Albert Hall here.

Several leaders from the Congress and its alliance partners from across the country attended the event.

The governor said on the suggestion of Gehlot, Pilot will be deputy chief minister of Rajasthan.

Gehlot, Pilot and other leaders received Rahul Gandhi, Manmohan Singh at the airport and left for the Albert Hall in a bus amid tight security arrangements.

Large number of the party members and supporters were present in the oath ceremony.