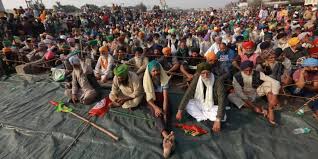 NEW DELHI:Urging the government of India and farmer’s organisations to resolve the impasse over the new Agriculture laws, the ASSOCHAM today said, the ongoing protests are dealing a big blow to the interconnected economies of the region, including Punjab, Haryana and Himachal Pradesh.

Though the economies of these states are predominantly based on agriculture and horticulture, several industries like food processing, cotton textiles, automobile, farm machinery, IT have become their lifeline. Besides, vibrant services sectors including tourism, trading, transport and hospitality, have added to the strength of the regions, known for their enterprising farmers, entrepreneurs and innovators.

”The size of the combined economies of Punjab, Haryana, Himachal Pradesh and J&K is about Rs 18 lakh crore. With the ongoing farmers’ agitation and blockade of roads, toll plazas and railways, the economic activities have come to a halt. Industries such as textiles, auto components, bicycles, sports goods which cater significantly to the export markets would not be able to fulfil their orders, ahead of Christmas, harming our goodwill amongst the global buyers,” ASSOCHAM President, Dr Niranjan Hiranandani said.

A daily loss of Rs 3,000-3500 crore is resulting in the economies of the region from the value chain and transport disruption because of the protests, according to ASSOCHAM rough estimates.

Deepak Sood, Secretary General, ASSOCHAM said the supply chain disruptions are also taking a toll in the retail prices of fruits and vegetables all across the country as the region is a major producer of these items.

“Industries, farmers and also the consumers are paying a heavy price for the serious disruption in the supply chain. Ironically, these disruptions have come about when the economy had started unlocking from the Covid-19 impact,” Sood said.

He said, while the government is engaged with the farmers for allaying their concerns over the new Agri reforms laws,” we would like to assure our farmers that the core of the industry, business and trade – big or small is rural India where over 50 per cent of our population resides. The industry has a big stake in the welfare of the farmers who can rest assured that any economic proposition from the Agri sector would have a bias only in favour of farmers”.

Recovering from the harsh Covid-19 blow, the Indian economy needs to double down on growth which is possible only with a conducive environment for industrial activities, investment including the Foreign Direct Investment. ”The Government’s commitment to spend a big budget on roads and highways along with rural infrastructure cannot be implemented with the ongoing protests”.

The region had been amongst the favoured destinations of foreign investments in automobile, information technology, textiles and food processing.

”It is incumbent upon all of us to resolve whatever differences are there as regards reforms in the crucial agriculture sector. Reforms would ultimately help people of the region in terms of increased employment and prosperity, as more investment flows into the sector which needs a technology and innovation push,” he added.