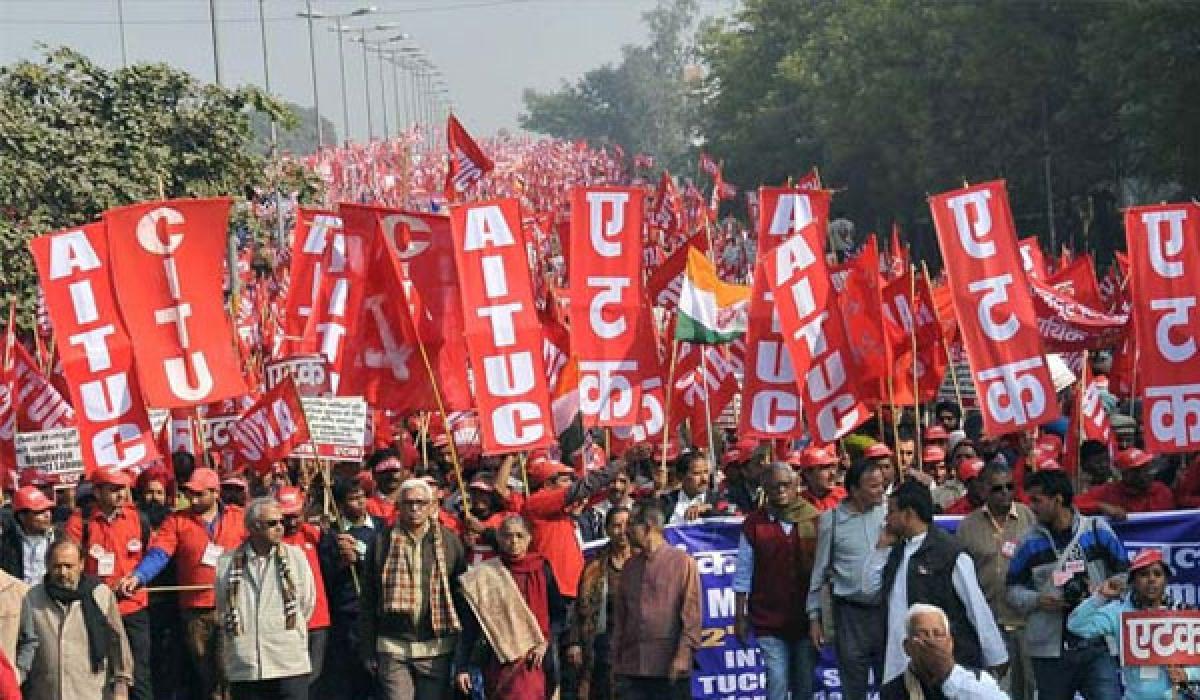 NEW DELHI: The All India Trade Union Congress (AITUC) on Saturday said the labour ministry’s move to revise base year for consumer price index for industrial workers (CPI-IW) is “suspicious”.

The AITUC further siad that it is of the view that the move will lead to “depression” in dearness allowance (DA) paid to workers.

The labour ministry has recently revised the base year for CPI-IW to 2016 from 2001.

The retail inflation measured in terms of CPI-IW is the single most important price statistics with financial implications.

The CPI-IW is primarily used to regulate the dearness allowance of government employees and the workers in the industrial sectors.

It is also used in the fixation and revision of minimum wages in scheduled employments besides measuring the inflation in retail prices.

In a statement issued on Saturday, the AITUC said that “the Centre’s move to shift base year for calculating DA is suspicious”.

The Labour Bureau of the Ministry of Labour sent out emails announcing revision of base year for calculating CPI-IW from 2001 to 2016, on October 22, 2020, it claimed.

This decision follows the earlier pattern practiced by the labour ministry: making a show of consulting stakeholders at the eleventh hour and then completely ignoring the responses received, it alleged.

The entire lot of central trade unions had opposed through a written, signed communication, the recommendations of the Labour Bureau point by point, only to discover that they have simply been brushed aside, the AITUC said.

The so-called consultations on labour codes, including recommendations of the Parliamentary Committee on Labour, met the same fate, it added.

“Since the present decision of shifting the base year to 2016, linking factor of 2.88, proportions of items of household expenditures, points of data collections, all are going to result in depression of dearness allowance payable to industrial workers, the employers stand to gain that much as their profits,” it opined.

The AITUC therefore condemns “this robbery in broad daylight by the central government”, it said.