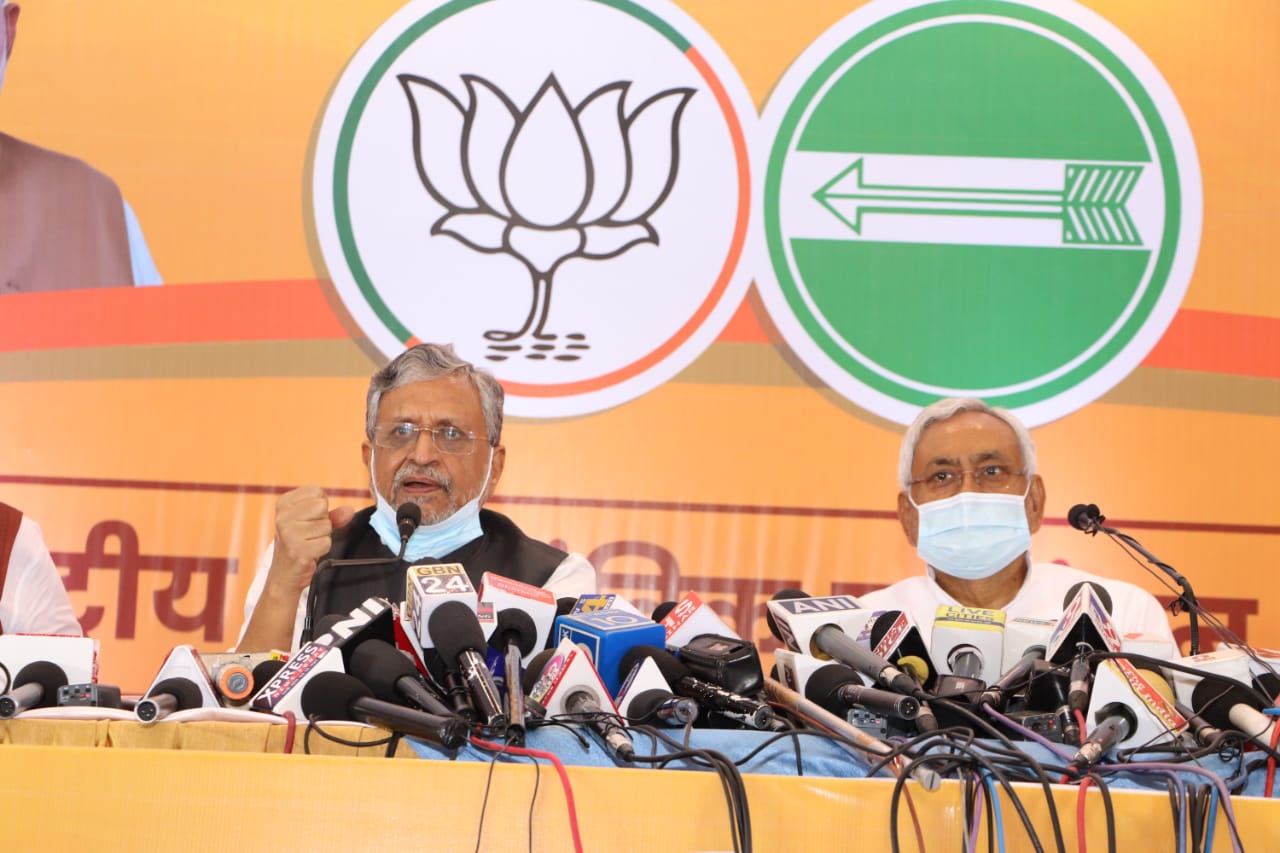 PATNA: Bihar Chief Minister Nitish Kumar on Tuesday announced the seat-sharing plan among the constituents of the National Democratic Alliance (NDA) for the Bihar Assembly election. The BJP will contest 121 seats while Nitish’s JD-U has 122 seats.

He said, “We are not concerned with what someone speculates. We are working together and will do so.”

Earlier, Bihar BJP chief Sanjay Jaiswal reiterated that the NDA is contesting the Bihar polls under the leadership of Chief Minister Nitish Kumar.