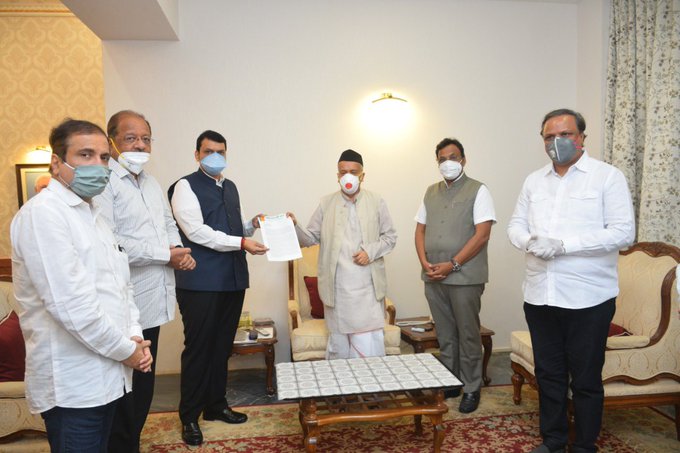 The minister said the state government was supposed to get Rs 42,000 crores from the Union government, but has received no funds so far.

He was responding to a statement made by Fadnavis on Tuesday that the Centre had already given Rs 28,104 crores to Maharashtra for its fight against the coronavirus pandemic.

At 54,758 cases and 1,792 deaths so far, Maharashtra remains the worst-affected state by the coronavirus pandemic.

Speaking to reporters along with his cabinet colleagues Jayant Patil (NCP) and Balasaheb Thorat (Congress), Parab came down heavily on the Centre for “not helping the state during the coronavirus crisis”.

“All the claims made by Fadnavis about the funds and assistance given to Maharashtra are either false or are misleading,” Parab told reporters.

Fadnavis had also said that Maharashtra can get Rs 78,000 crore from the Centre’s Rs 20 lakh crore “Atmanirbhar” economic package.

“The Centre has already given Rs 28,104 crores to Maharashtra for its fight against the coronavirus pandemic.

The share for the state in the Central package is Rs 1.65 lakh crore. The government should take bold steps to help the affected people,” he had said.

Parab, a Shiv Sena leader, also said the state government had not received wheat worth Rs 1,750 crore contrary to the claims made by Fadnavis, a former chief minister.

“The claim of Rs 122 crore fund given for the welfare of migrant workers is also wrong. The entire expenses for migrant workers are borne by the Maharashtra government,” he said.

Patil said though the Centre did not give a single rupee towards the railway fare of migrant workers, all MLAs of the BJP in Maharashtra chose to donate their “wages” to the PM Cares Fund but didn’t contribute anything in the CM’s Relief Fund.

The BJP MLAs had donated their local area development fund to the PM Cares Fund.

Parab also reiterated that the state government was awaiting the receipt of the Goods and Services Tax (GST) dues from the Centre.

“Fadnavis and the Central government should explain that why they claim to be spending Rs 50 lakh for running each (Shramik Special) train if the Maharashtra government is paying for the ticket fares of workers,” he said.