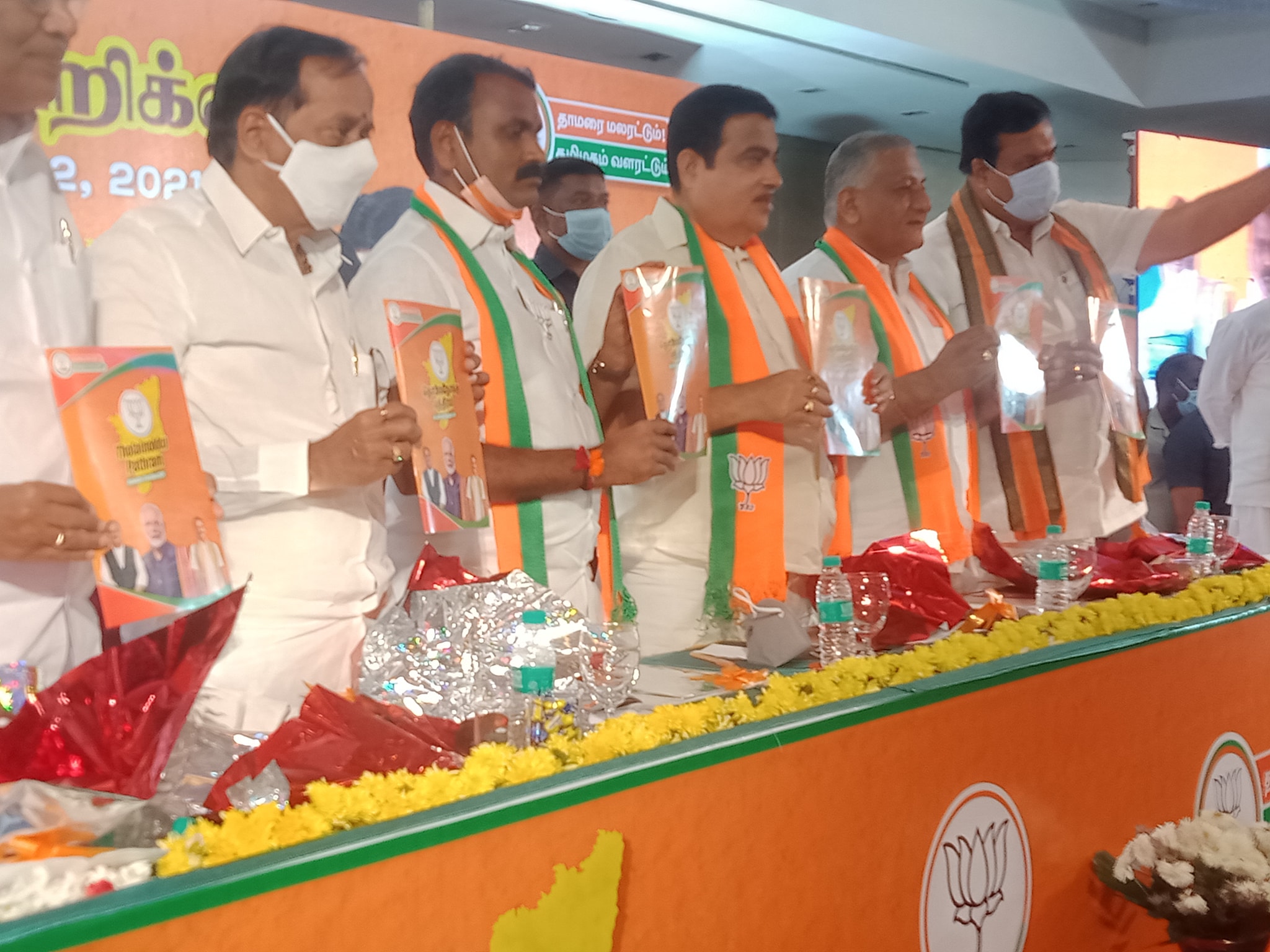 NEW DELHI: An annual financial assistance of Rs.6,000 for fishermen; crop loan at zero per cent; enactment of anti-conversion law and implementation of anti-cow slaughter law; free tablets for students, revival of legislative council were some of the promises made by Tamil Nadu BJP in its manisfesto.

He said the government has decided towards diversification of agriculture towards energy and increasing the production of ethanol.

Gadkari said 10 per cent ethanol is now being added in petrol. The ethanol economy is about Rs 20,000 crore.

Instead of importing crude oil, the government has decided that the farmers should benefit by going in favour of bio-ethanol.

In an attempt to attract the fishermen, the BJP has promised Rs 6,000 per year as is being given to farmers now. The party has also promised setting up of fish drying centres and others.

For the agricultural sector, the BJP has promised crop loans at zero per cent; export of treated toddy from coconut and palm trees; solar pump sets at subsidised rates.

The party has also promised Nilgiris to be declared as Organic Farming District; dedicated policy for organic farming; setting up of traditional paddy/millet seed banks and others.

The party also promised setting up of separate boards for development of Turmeric, indigenous cattle breeds and management of Hindu temples and a separate department for welfare of non-resident Tamils.

Priests and cooks in village temples will be provided a minimum income of Rs 5,000 per month.

While the AIADMK government has not implemented the 10 per cent reservation for the economically weaker section, its ally the BJP has promised implementation of the same in Tamil Nadu.

Here are some key highlights:

– Two-wheeler driving license will be issued to girls for free, aged between 18 and 23

– Free tablets for students from Class 8 and Class 9 students

– Under the Jal Jeevan Mission, pure drinking water through pipelines will be provided free of cost to every household in the state within 2022

– Sand mining will be banned for five years to prevent the erosion of riverbeds and improve groundwater table.

During this time, the import of sand for construction will be allowed