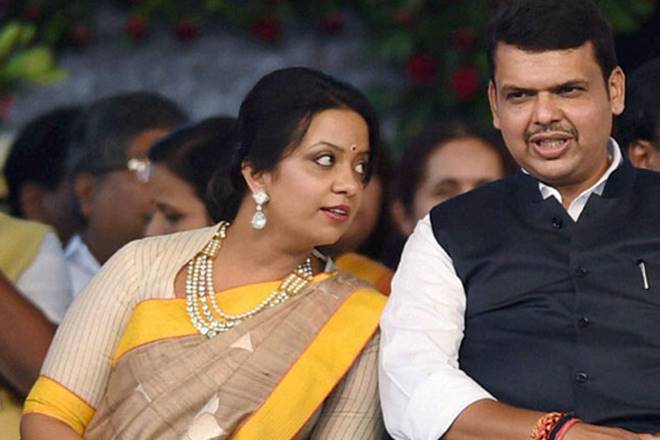 NEW DELHI: The Bombay High Court on Thursday sought the Maharashtra government’s assistance on a petition against alleged transfer of accounts of police staff and others from public banks to Axis Bank, where the chief minister’s wife holds a senior post.

A division bench of justices P N Deshmukh and Pushpa Ganediwala heard the petition which claimed the government, through a circular on May 11, 2017, effected transfer of bank accounts of police officials and beneficiaries of the Sanjay Gandhi Niradhar Yojana to Axis Bank.

Wife of Devendra Fadnavis, Amruta Fadnavis, is the vice-president and corporate head (West India) at Axis Bank. After hearing brief arguments of the petitioner, the court asked the government to study the case documents and assist it on issuance of notices to respondents.

Jabalpure on Thursday sought to delete the name of Amruta Fadnavis from the list of respondents without giving any reason. The court allowed the petitioner to do so.

The petition alleged that the chief minister misused his power and promoted Axis Bank by ordering transfer of accounts of police personnel and beneficiaries of welfare schemes. The government move caused losses to nationalised banks which were handling these accounts, it said.

In his plea, Jabalpure has prayed for the court’s direction for revocation of the government circular and all approvals, agreements, permissions and actions taken in pursuance of it. He has also sought a high-level probe into the transactions done following the issuance of the circular as well as into the agreement between Axis Bank and state government.

The bench posted the petition for further hearing after two weeks. A government official had on Wednesday said salary accounts of the Mumbai Police have been with Axis Bank (then UTI Bank) since 2005, long before Devendra Fadnavis became the chief minister (in October 2014).

The government decided to disburse salaries through nationalised and private banks in 2005, and UTI Bank was among the 16 lenders selected for this purpose, he had said. UTI Bank changed its name to Axis Bank in 2007.