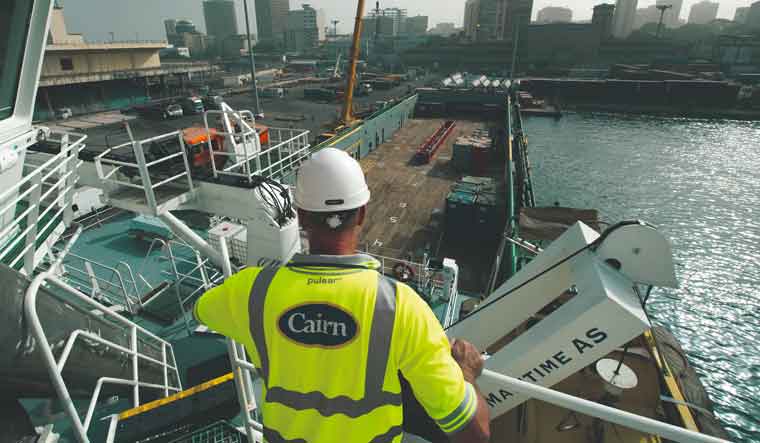 NEW DELHI: UK’s Cairn Energy Plc plans to bring lawsuits in the US and other countries to pierce the corporate veil between the Indian government and its owned companies such as in oil and gas, shipping, airline and banking sectors, to seize their overseas assets to recover USD 1.2 billion ordered by an international arbitration tribunal.

The firm has moved courts in the US, UK, Canada, France, Singapore, the Netherlands and three other countries to register the December 2020 arbitration tribunal ruling that overturned the Indian government’s Rs 10,247 crore demand in back taxes and ordered New Delhi to return USD 1.2 billion in value of shares it had sold, dividends seized and tax refunds withheld to recover the tax demand.

With the government so far refusing to honour the arbitration award and instead choosing to challenge it, Cairn is looking to enforce it by seizing overseas Indian assets, Dennis Hranitzky, head of the sovereign litigation practice at Quinn Emanuel Urquhart & Sullivan, a law firm representing the company, told PTI.

These assets can potentially be non-diplomatic ones and those owned by entities or companies controlled by the Indian government in those nine countries.

“Cairn plans to bring lawsuits in the coming weeks to pierce the corporate veil to establish that (certain) state-owned entities are India’s alter ego under Bancec” for enforcing the arbitration award, he said.

The Bancec guidelines deal with determining when a judgment against a foreign state is enforceable against its agencies.

The lawsuit will be similar to the one brought by Crystallex International Corp to attach property of Petroleos de Venezuela, S.A (PDVSA), the state-owned oil company of Venezuela, in Delaware couple of years back after the Latin American country failed to pay the firm USD 1.2 billion that an arbitration tribunal had ordered to pay in lieu of the 2011 seizing gold deposits held and developed by the firm.

“Indian assets across several jurisdictions have been identified that Cairn will be seeking to seize to enforce the award,” he said, refusing to name the assets the firm may be looking to attach to recover the USD 1.2 billion plus interest and cost that the arbitration tribunal had ordered.

“Until we have commenced proceedings to seize the assets, this information is proprietary,” he said.

Cairn is pulling out all stops to recover the damages award, including hiring a team of asset recovery experts.

Sources said the assets that can be attached could range from airplanes to ships, to oil and gas cargoes and bank accounts of state-owned entities.

“Cairn is moving forward with its enforcement plans with all deliberate speed. The timetable for proceedings to seize assets varies from country to country. Under the laws of some countries, these proceedings can begin right away, whereas in others we will have to wait until after the award is recognised,” he said without giving details.

Cairn had previously said the money ultimately belongs to its shareholders — which include large investors such as BlackRock, Fidelity and Franklin Templeton, and the ramifications of India not honouring the award will “run across the international investment community more widely”.

Its management team has held three rounds of face-to-face and one video conferencing discussions with top officials in the finance ministry.

India has appealed against the arbitration award on the grounds that taxation-related matters are not covered in its bilateral investment treaty with the United Kingdom under which the case was filed, and therefore the arbitration tribunal does not have the jurisdiction to rule on the matter, sources said.

However, the appeal in the Dutch court does not bar Cairn from taking action in other jurisdictions to recover the full amount of the arbitral award which totals USD 1.7 billion after including interest and cost as of December 2020.

The company will seek to establish that state-owned entities/firms are India’s alter ego under Bancec regulations, that is, to pierce the veil between the Indian government and them.

‘Piercing the corporate veil’ is a means of imposing liability on an underlying cause of action against a third-party which would not otherwise be liable.

By this, Cairn will seek to pierce the veil in order to shift liability for payment of an existing judgment against the Republic of India to a third-party that is not otherwise liable, that is state-owned firms or banks.