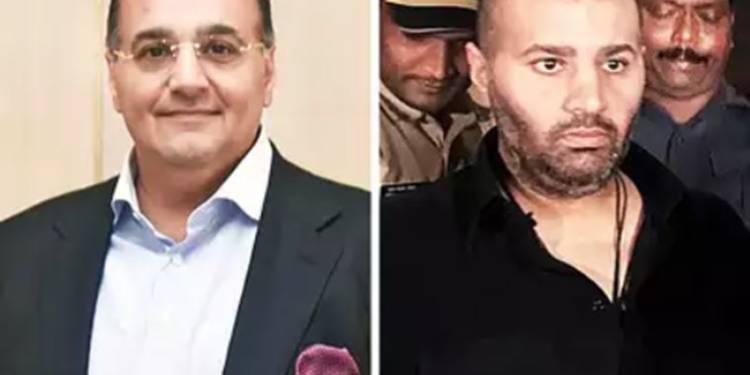 NEW DELHI: The CBI has asked the Satara district authorities not to release DHFL promoter Kapil Wadhawan and RKW Developers promoter Dheeraj Wadhawan, both facing non-bailable warrants in a case against former Yes BankNSE 0.61 % CEO Rana Kapoor, from a government COVID-19 quarantine facility without an NOC from the agency, officials said on Friday.

The two Wadhawan brothers are named as accused in the Central Bureau of Investigation (CBI) FIR pertaining to swindling of money by Kapoor and others, the officials said.

Both Kapil and Dheeraj were absconding since the case was registered against them on March 7, prompting the CBI to get non-bailable warrants (NBWs) against them from a special court, they added.

The CBI had received information on Thursday about their location at a government quarantine centre in Panchgani in Maharashtra’s Satara district, following which it sent an e-mail to the district magistrate, asking him to not release the brothers without a no-objection certificate (NOC) from the agency, the officials said.

The Wadhawans were detained at Mahabaleshwar in Satara district on Thursday for violating prohibitory orders amid the ongoing nationwide lockdown, police said.

Their travel was allegedly facilitated by Maharashtra’s Principal Secretary (Special) Amitabh Gupta, who had issued a letter exempting them from the lockdown norms, citing a family emergency.

Gupta was sent on compulsory leave by the Maharashtra government after the letter became public.

According to local police officials, the Wadhawan family, along with others, travelled from Khandala to Mahabaleshwar on Wednesday evening in their cars, even though both the districts of Pune and Satara have been sealed in view of the lockdown imposed to check the spread of the coronavirus.

The Wadhawans were spotted at their “Diwan farmhouse” by civic authorities, officials said.

The police had found 23 people, including members of the Wadhawan family, at the farmhouse, an official said.

The CBI had carried out searches at the premises of the accused on March 9, but both were not there.

Subsequently, the agency had issued a summons, asking them to be present before the investigation officer, but they did not join the probe.

On March 17, the NBWs were issued by the special CBI judge, Mumbai against Kapil and Dheeraj.

“Even after the issuance of the NBWs, they have not appeared before the CBI or the court,” an official said.

The CBI has alleged that Kapoor (62) entered into a criminal conspiracy with the Wadhawans for extending financial assistance to DHFL through Yes Bank in return for substantial undue benefits to himself and his family members through companies held by them, officials said.

According to the CBI FIR, the alleged scam started taking shape between April and June, 2018, when Yes Bank invested Rs 3,700 crore in short-term debentures of the scam-hit Dewan Housing Finance Corporation Ltd (DHFL).

In return, the Wadhawans allegedly paid kickbacks of Rs 600 crore to Kapoor and his family members in the form of a loan to DoIT Urban Ventures (India) Pvt Ltd, held by Kapoor’s wife and daughters, officials said.