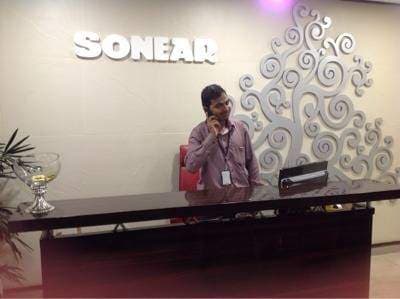 NEW DELHI: The Central Bureau of Investigation (CBI) has registered a case against a Delhi-based firm for defrauding Punjab National Bank (PNB) to the tune of Rs 168.73 crore through diversion of funds and fraudulent transactions, the agency said on Monday.

The Central probe agency registered an FIR on December 31 based on a complaint from the PNB against Sonear Industries and others including its directors or guarantors as well as unidentified public servants and private persons.

It was alleged that the accused had “cheated the PNB by way of diversion of bank funds, fraudulent transactions, criminal misappropriation”.

The CBI on Saturday conducted searches at five locations in Delhi including the office and residential premises of borrower company and other accused linked to the case.

West Delhi’s Punjabi Bagh-based Sonear Industries Ltd is involved in manufacture of products of wood, cork, straw and plaiting materials. Directors of Sonear Industries Ltd are Mohan Kumar Jha, Roop Kishore Tuli and Jitendra Kejriwal. All its director and the firm are named in the CBI FIR as accused.

The agency got active after it received a complaint from PNB’s Connaught Place branch’s Deputy General Manager on November 20 last year.

The company had availed various credit facilities from PNB under sole banking. The financing facilities included working capital loans with fund-based limits of Rs 168.73 crore. The credit facilities were last renewed by the bank as per sanction dated June 27, 2016.

It is alleged that the firm opened the current accounts with different bank without prior permission of the bank and routed the transaction through these accounts.

On August 3, 2019 bank had declared account of Sonear Industries Ltd as suspected fraud for the reasons of “misappropriation and criminal breach of trust” and same was reported to the Reserve Bank of India for fraud amount.

Look Out Circular has also been opened against Jitendra Kejriwal by the Bureau of Immigration upon request made by the Bank.