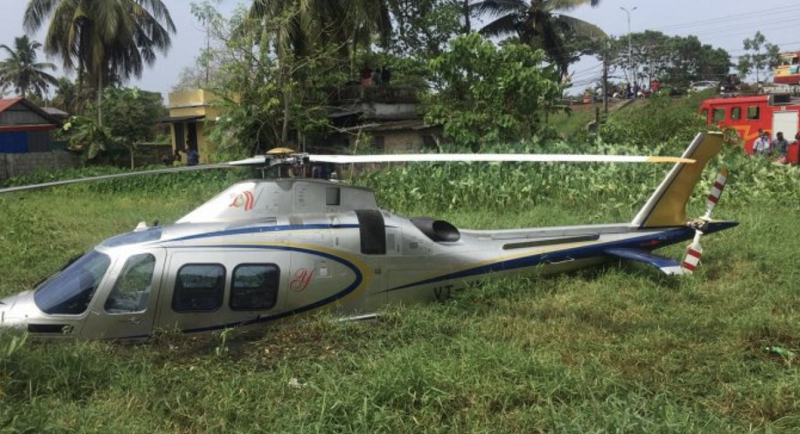 All passengers including Yusuf Ali, his wife and three staff members of his Lulu Group and two crew members on board the chopper owned by Lulu Group have been admitted to a private hospital here.

“All of them are safe. They are currently under observation,” a top official of the Lakeshore hospital where they are treated told P T I.

The incident occurred at Panangad area at around 8.30 AM on Sunday.

A major accident was averted as the chopper crash landed in a marshy land, locals said.