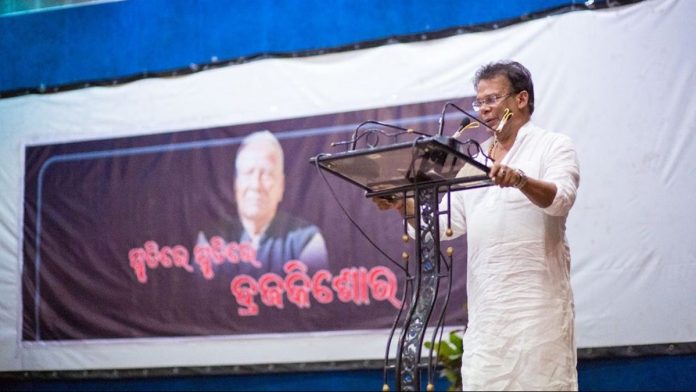 NEW DELHI: Former Union minister Dilip Ray was on Tuesday convicted by a special court here in a coal scam case pertaining to irregularities in the allocation of a Jharkhand coal block in 1999.

The court will hear arguments on the quantum of sentence on October 14.The case pertains to allocation of Brahmadiha coal block in Giridih in Jharkhand to CTL in 1999.

In 2018, Ray quit BJP on the ground that the saffron party had not fulfilled its promises pertaining to two long-standing demands — second bridge over river Brahmani and upgrading Ispat General Hospital (IGH) into a super-speciality hospital in Rourkela.

Hotelier-cum-politician Ray is seen as a major catch for BJD because he has considerable influence in Rourkela and Sundargarh district and also has deep pockets. In 2014 Assembly elections, he defeated BJD’s Sarada Prasad Nayak by a margin of 10,929 votes. He had also served as Rourkela MLA as a Janata Party candidate in 1985 and as a Janata Dal nominee in 1990. He did not contest the Assembly elections in 1995, 2000, 2004 and 2009. He served as industries minister in the Biju Patnaik government between 1990 and 1995 and was also a central minister in the A B Vajpayee dispensation. He was Rajya Sabha member on JD ticket from 1996 to 2002.

In 2002, Ray was elected to Rajya Sabha as an independent candidate with the support of some BJP MLAs. He then joined the Congress in 2004 but quit the grand old party in 2008. Subsequently, he joined the BJP, only to leave it ostensibly because a powerful section within the saffron party sidelined him along with ex-minister Bijay Mohapatra, who too quit the national party on November 30, 2018.