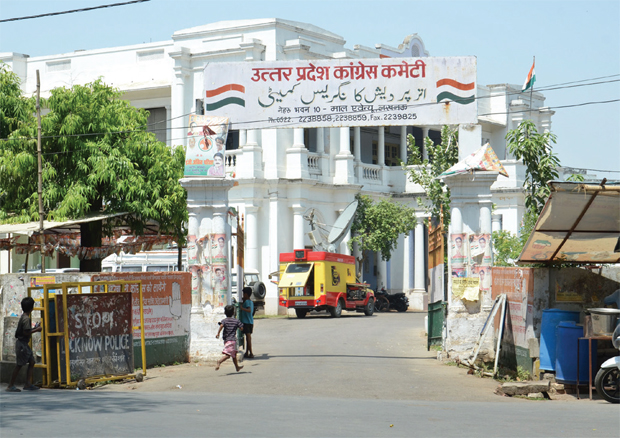 NEW DELHI: In a move seen as a snub to party leader Jitin Prasada, the Congress has constituted committees to prepare for the Uttar Pradesh Assembly elections but kept him out.

Jitin, a former Union Minister of State, was among the Congress leaders who wrote a letter to party interim chief Sonia Gandhi on the leadership issue.

The Uttar Pradesh Assembly elections are likely to be held in February-March 2022.

Almost all senior leaders have been accommodated — Salman Khurshid on the Manifesto Committee, Pramod Tiwari on the Outreach Committee, Rashid Alvi on Media Advisory Committee.

Jitin Prasada was one of the signatories to the letter written in the recent past by Congress leaders to demand visible leadership and organisational elections.

The appointments were made after nine senior leaders, expelled from the Congress last year, sent the letter to Sonia Gandhi, urging her to “save the party before its slips into history”.

In a veiled attack on Priyanka Gandhi Vadra, the party General Secretary in charge of Uttar Pradesh, the four-page letter urged Sonia Gandhi to rise above her family (parivaar ke moh se upar uthein) and restore the democratic traditions in the Congress.

In August, Sonia Gandhi had reconstituted the strategy group of Parliament, giving a snub to the leaders who wrote the letter. The Congress brought in party veteran Ahmed Patel and General Secretary (Organisation) KC Venugopal into the new group ostensibly to ensure better coordination and functioning in the coming Parliament session.

The post of Congress Deputy Leader in the Lok Sabha was given to Gaurav Gogoi while Ravneet Bittu was made the Deputy Whip in Lok Sabha along with Manickam Tagore.

“Besides these three leaders, Patel and Venugopal have been added to the committee for Rajya Sabha for better functioning and coordination in both the Houses of Parliament,” a Congress leader said.