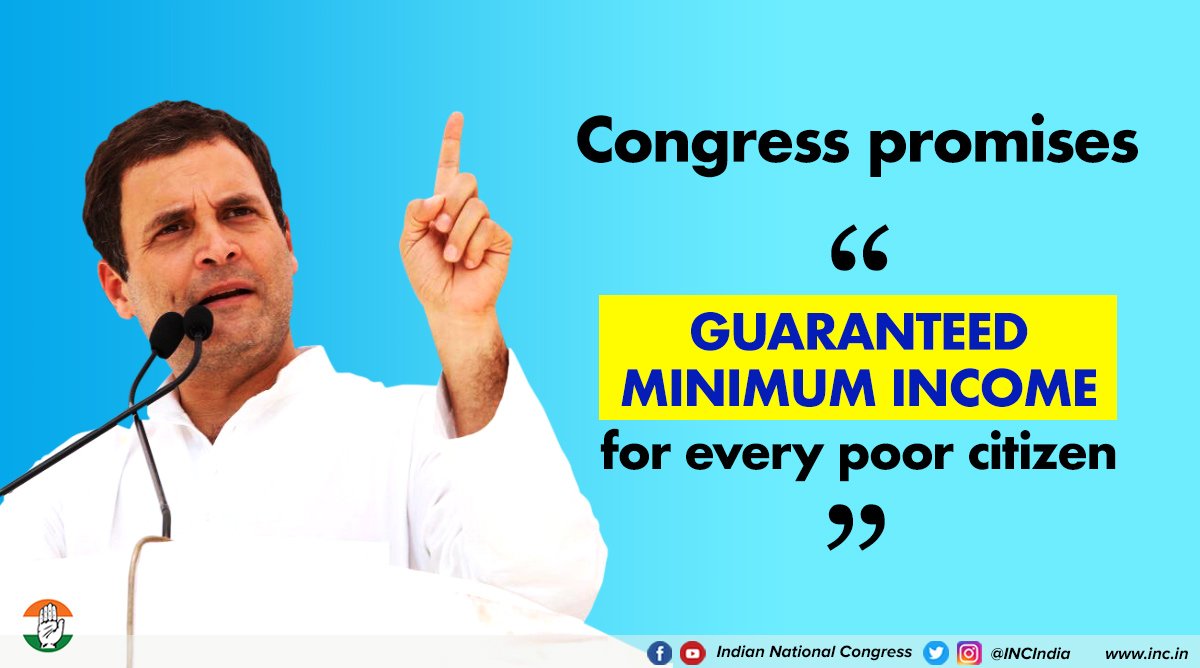 RAIPUR: Congress president Rahul Gandhi has announced on Monday that his party would ensure minimum income guarantee for every poor in the country if it returns to power after the Lok Sabha polls due in April-May.

He accused Prime Minister Narendra Modi and the ruling BJP of trying to create two Indias — “one of the Rafale scam, Anil Ambani, Nirav Modi, Vijay Mallya, Mehul Choksi and the other of the poor farmers”

Gandhi made the remarks at the ‘Kisaan Abhaar Sammelan’ held here to express gratitude to Chhattisgarh’s people, particularly farmers, for voting the party to power in the state after a gap of 15 years

The Congress had posted a massive victory in last year’s state Assembly polls, winning 68 of the total 90 seats

Ahead of the Assembly polls, Gandhi had assured to waive farm loans if his party was voted to power in the state.