Congress single-largest party in Rajasthan with 99 seats; BJP gets 73 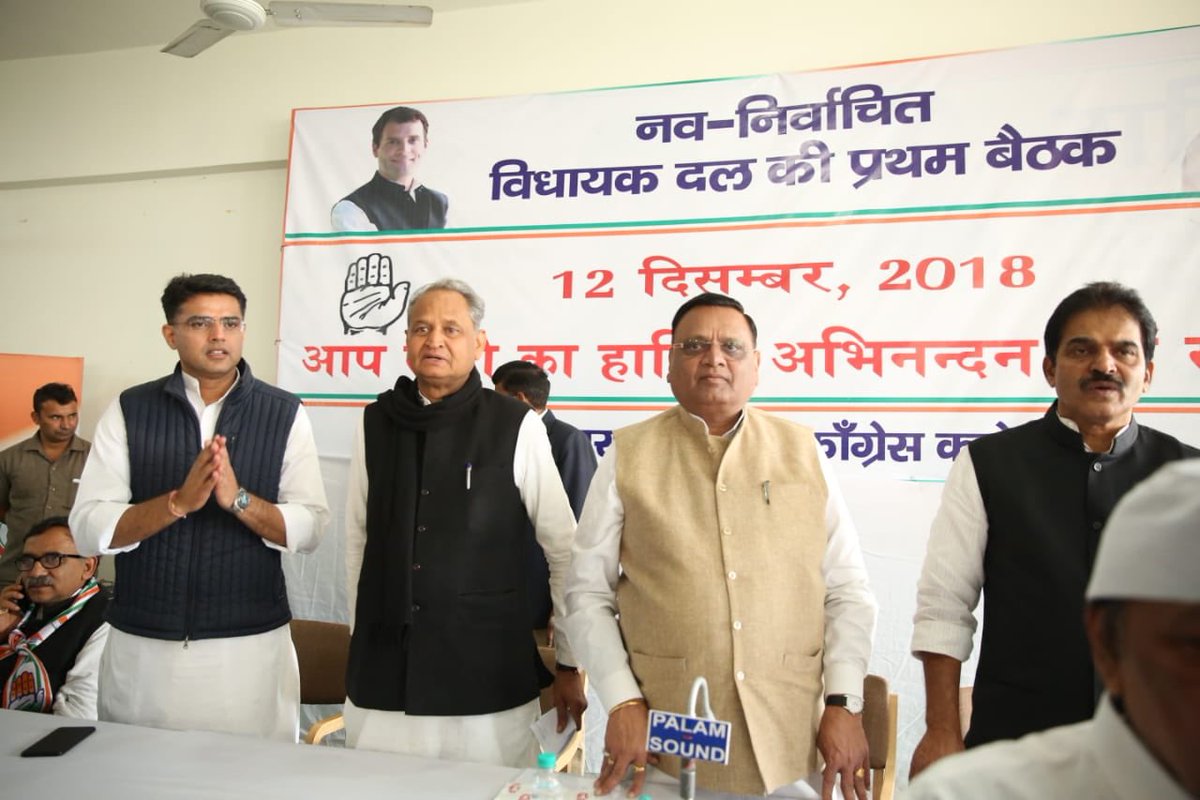 Congress single-largest party in Rajasthan with 99 seats; BJP gets 73

NEW DELHI: The Congress has emerged as the single-largest party in Rajasthan, winning 99 seats, while the BJP got 73, the State Election Commission Office said on Wednesday.

The Bahujan Samaj Party won 6 seats, CPI(M) 2, Independents 13 and other parties got 6, according to the state Election Commission’s website.

The Rashtriya Lok Dal (RLD), an ally of the Congress, won one seat. Together, they have 100 seats — which is the required number to form government in the state.

Voting was held in 199 of the 200 seats in the state on December 7. Election to Alwar’s Ramgarh constituency was countermanded due to the death of the BSP candidate. The votes were counted on Tuesday.

The focus in Rajasthan is now on who would be the Congress choice for chief minister between two-time CM Ashok Gehlot and the party’s state unit president Sachin Pilot.