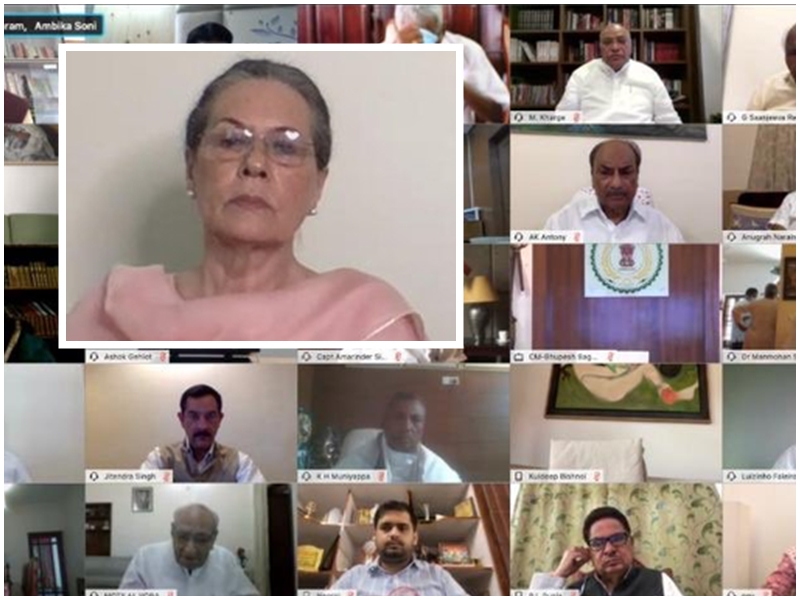 NEW DELHI: The Congress Working Committee (CWC) on Monday urged Sonia Gandhi to continue as its interim chief till an AICC session can be convened and authorised her to effect necessary organisational changes to deal with the challenges facing the party.

At an over seven-hour long meeting, which took place in the backdrop of more than 20 party leaders seeking an immediate organisational overhaul and a collective leadership, Gandhi is said to have offered to quit but was requested by the party’s top decision-making panel with over 50 members to stay on.

Announcing the resolution passed by the CWC, the party’s General Secretary (Organisation) K C Venugopal later said at a press conference that the CWC unanimously requested Gandhi to continue to “lead the Indian National Congress until such time as circumstances will permit an AICC session to be convened.”

The CWC also authorised her to effect necessary organisational changes to take on various challenges before the party.

The party further said the CWC unanimously resolved to strengthen hands of Sonia and Rahul Gandhi in every possible way, while it also made it clear no one will be permitted to undermine or weaken the party and its leadership.

The CWC also resolved that inner-party issues cannot be deliberated through media or in public fora and all such issues must be raised within the party “in the interest of propriety and discipline”.