Covid fallout: Fiscal deficit may rise over 8% of GDP in FY21 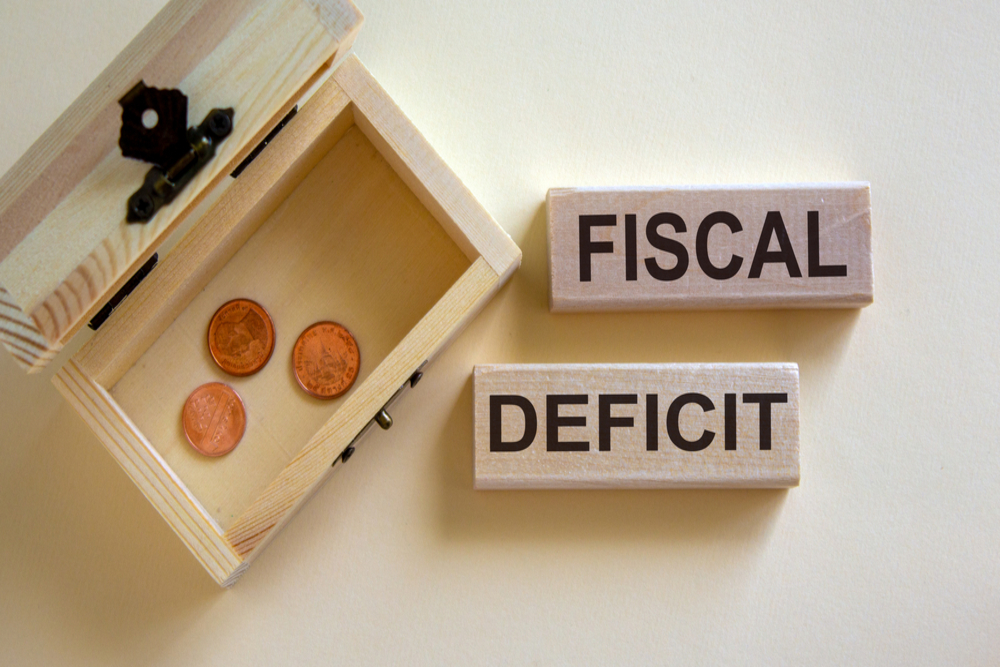 Covid fallout: Fiscal deficit may rise over 8% of GDP in FY21

NEW DELHI: With economic disruptions set for a long haul due to Covid-19 pandemic, India could see its fiscal deficit this year to balloon to over 8 per cent of GDP, brokerages analysing the deficit numbers post release of August GST collection data have said.

The Controller General of Accounts on Monday said that country’s fiscal deficit has expanded to 103.1 per cent of Budget Estimate in the April-July period primarily due to lower tax collection and higher expenditure for Covid-19 relief.

According to a report on Indian economy by Kotak Institutional Equities, low economic activity and lower tax collections coupled with expanded Covid-19 related expenditure have created a scenario where the deficit would widen.

It could go up over the estimated levels of 8 per cent to 9 per cent or more if the Centre did not cut its expenditure by Rs 1.7 lakh crore while increasing spent on infrastructure sectors, the brokerage report said.

But the concern is on revenue collections, with GST collections being at just around Rs 3.1 lakh crore in the five month period (April-August) against the budget estimate of Rs 13.4 lakh crore for FY21. This means that in the rest of the year collections should go up to Rs 1.5 lakh each month. This looks impossible in the current situation.

“Even though there will be some improvement in collections over the next few months, we could still witness a CGST shortfall of Rs 1.5-2 lakh crore against FY2021BE,” the Kotak report said.

“With gradual reopening of the economy, tax collections will improve over the next few months. We have already seen some improvement in the activity levels. However, we have factored in our revised GDP growth of (-)11.5 per cent (nominal at (-)10 per cent) in our fiscal estimates and revise our GFD/GDP forecast to 8 per cent,” the brokerage said.

The report has factored in shortfall of Rs 5.3 lakh crore in total receipts, Covid- related expenditure of around Rs 3 lakh crore (announcement of Rs 2.7-3.2 lakh crore with fiscal impact of Rs 1.8 lakh crore till now), and overall expenditure cuts of Rs1.7 lakh crore while increasing spending in railways and roads.

In the absence of any expenditure cuts, the fiscal deficit could overshoot 8 per cent, the report said.

The fiscal deficit is the total amount by which the government’s expenses for a year exceeds its revenues.

The gross tax revenue of the government is already down 30 per cent in April-July period.

The government has used the escape clause in the FRBM Act for fY20 and fy21 as the fiscal deficit has been expanded by 0.5 per cent of the target to 3.8 and 3.5 per cent of respectively. But the Covid-19 pandemic has completely changed the dynamics.

For the current fiscal, the government’s borrowings target has already been raised by over 50 per cent since additional expenditure and funding needs to stimulate the economy hit by Covid-19 pandemic has pushed up the need to mobilise resources.

Accordingly, the estimated gross market borrowing in the financial year 2020-21 has now been set at Rs 12 lakh crore in place of Rs 7.80 lakh crore as per budget estimates for the current year.