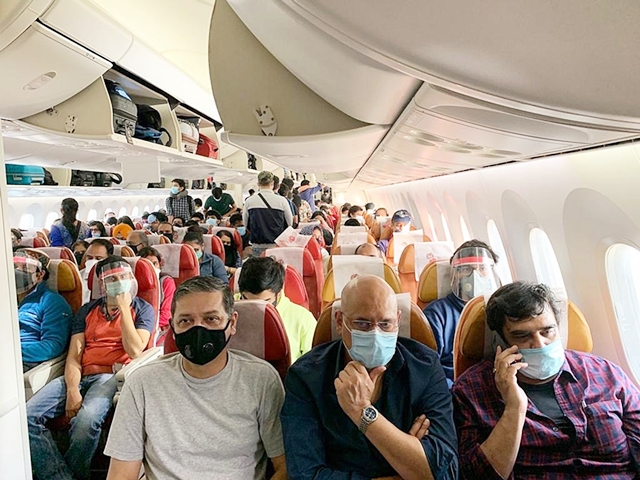 ICRA also said that the November domestic passenger traffic was close to 50 per cent of the domestic air travel demand in November 2019.

The recovery in international passenger traffic, however, is likely to further get delayed in the wake of fresh travel curbs by select countries following the detection of a new virus strain in the UK, it said.

A total of 63.54 lakh domestic passengers travelled by air in November, 51 per cent lower than the corresponding period last year, according to the DGCA traffic data released last week.

In October, traffic had declined 57 per cent over October 2019.

“The permitted increase in seats to up to 70 per cent of aircraft capacity aided by tailwinds from festive season supported the recovery in domestic passenger traffic in November, a 22 per cent month-on-month growth, thus inching up to 50 per cent of November 2019 levels.

“Such an improvement was possible even as some high traffic routes, especially flights carrying passengers from identified states into Mumbai, witnessed increased testing requirements for part of the month,” said Anupama Arora, Vice President for aviation infrastructure at ICRA Ltd.

However, sustainability of this progress is yet to be established as the pace of recovery in domestic passenger traffic has been slower than earlier ICRA expectations, she added.

Late last month, Maharashtra Government had revised its standard operating procedures on preventive measures to check the spread of COVID-19 in the state, making it mandatory for those seeking to enter the state from Delhi, Rajasthan, Gujarat and Goa to carry RT-PCR negative reports amid the rising number of cases in these states at that time.

“The international passenger traffic, currently confined merely to Vande Bharat and bilateral arrangements, continues to struggle amidst country specific periodic restrictions. In our opinion, the recovery in international passenger traffic is likely to further get delayed with imposition of travel restrictions post resurgence in select countries as well as detection of new virus strain in the UK,” she said.

The central government on Monday said all the UK-India flights will be suspended from December 23 to December 31 in view of the emergence of a new coronavirus strain in that country.

It also said all passengers coming from the UK on Monday and Tuesday would be compulsorily tested for coronavirus on arrival at airports.