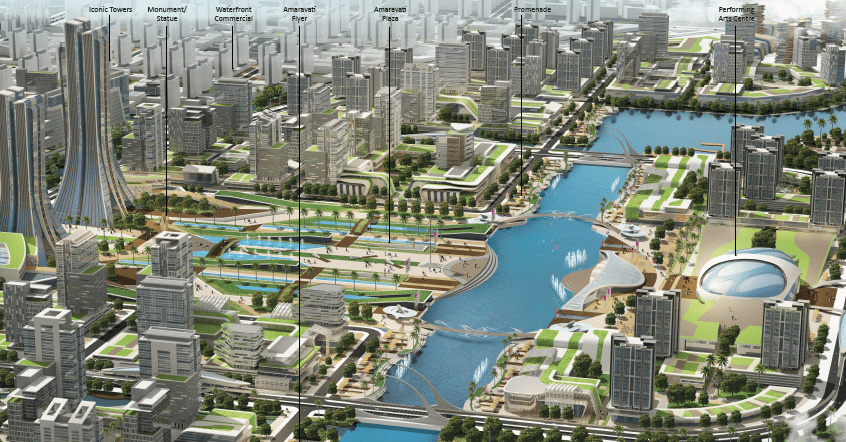 NEW DELHI: The World Bank on Friday said it ‘dropped’ the $300-million loan proposal for the Amaravati development project as the central government withdrew the financing request, triggering a blame game between the ruling YSRC and opposition TDP in Andhra Pradesh.
“The Government of India has withdrawn its request to the World Bank for financing the proposed Amaravati Sustainable Infrastructure and Institutional Development Project,” a World Bank official said in an email response.
The bank’s board of executive directors has been informed that the proposed project is no longer under preparation following the government’s decision, the official added.
“The World Bank is not in a position to comment on the nature of internal consultations conducted by the Government of India,” he said, when asked for the reason behind the Centre’s decision.
Andhra Pradesh Capital Region Development Authority Commissioner Lakshmi Narasimham told PTI they received “no communication” from the Department of Economic Affairs (DEA), under the Union Ministry of Finance, on why the Centre withdrew the loan request.
On Thursday, the World Bank posted on its official website that funding proposal for the Amaravati Sustainable Infrastructure and Institutional Development Project has been “dropped”.
Sources said it had apparently taken into consideration widespread complaints lodged by farmers in the region on forcible take over of their fertile lands by the previous N Chandrababu Naidu government in the name of land pooling for capital development.
The Inspection Panel, constituted by the World Bank to look into the complains by farmers and non-governmental organisations in 2017, reportedly sought a deeper inspection of the ground situation as the alleged violation of environment and other laws were against the bank’s policy for lending.
The World Bank recently wrote a letter to the state government in this regard.
The state, through the Department of Economic Affairs, sought more time to consider the World Bank request as the new government of Y S Jaganmohan Reddy had just set in.
The Centre reportedly did not want the international lender to conduct such a probe as it could “set an unwarranted precedent” and affect other major projects in the country.
The same was communicated to the state government, sources said.
Under these circumstances, the DEA withdrew the request for financing the Amaravati Sustainable Infrastructure and Institutional Development Project, government sources here said.
Chandrababu Naidu blamed the YSR Congress government for the World Bank’s action.
“Was it not the YSRC that instigated farmers to lodge complaints with the World Bank? Is not the YSRC responsible for the World Bank going back (on the loan commitment),” he asked during an informal chat with reporters in the Assembly lobby.
The state would henceforth not get any funds for infrastructure projects, he said and alleged the ruling party did not want any development.
Government Chief Whip G Srikanth Reddy hit back, saying the World Bank rejected the loan only because of Naidu’s atrocities.
“The Chandrababu Naidu government terrorised farmers, misused the provisions of land pooling and manipulated land records. Farmers complained to the World Bank about this,” he pointed out.

The TDP leaders were, however, carrying out a false propaganda that the loan proposal was dropped because of YSRC’s complaints, Reddy said.