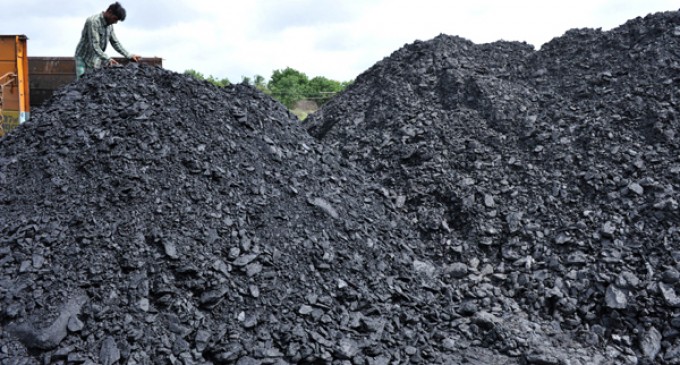 KOLKATA: Even as the CBI raided 45 locations across West Bengal, Uttar Pradesh, Bihar and Jharkhand on Saturday in connection with a coal-smuggling racket, a security official of Eastern Coalfields Ltd (ECL) died during a search operation at his residence.

Deceased Dhananjay Roy was posted as a Security Inspector at the state-run firm in Kunustoria area in Raniganj in West Bengal’s Pashchim Bardhaman district.

Niladri Roy, Secretary to the ECL Chairman, said that Roy fell sick when the search operation by the CBI was going on this morning. “He started feeling ill during the CBI questioning and was immediately taken to the hospital where he died,” said Hareram Singh, an INTTUC trade leader at ECL.

The marathon search operation was carried out by the Central Bureau of Investigation (CBI) Anti-Corruption Branch officials — who were divided into 22 teams — at 45 places in various districts of the four states.

According to sources, CBI officials also raided the office and homes of Anup Majhi, alias Lala, in Asansol, Durgapur, and Raniganj in Burdwan district, as well as Bishnupur in Kolkata’s adjoining South 24-Parganas district.

They also carried out the search operation in Kolkata’s Shakespeare Sarani, CIT Road, Salt Lake and other places. As many as 30 different locations were raided across West Bengal on Saturday.

The agency had registered a case against Majhi and other unidentified people on Friday, including some employees of the ECL and other central government offices. It was alleged that Majhi was involved in the theft of coal from leasehold mines of ECL in Kunustoria and Kajora areas.

Sources said that the CBI searches were conducted in some of the houses of Majhi’s associates too. Majhi is the alleged kingpin of the illegal coal operations at open-cast colliery belts along the Bengal-Jharkhand border.

Earlier, the CBI had also cracked down on a cattle smuggling racket operating in West Bengal and arrested its alleged kingpin Enamul Haq, a resident of Murshidabad district.

Enamul is currently out on interim bail after he tested positive for Covid-19. A Border Security Force (BSF) officer linked to cattle-smuggling activities was also arrested in the case.

The CBI officials reportedly found connections between Majhi and Enamul after conducting raids on their properties.

Earlier, the Kolkata Police’s Detective Department had arrested Chartered Accountant Govind Agarwal. His interrogation revealed that he was also allegedly involved with many influential people, including cattle-smuggling kingpin Enamul and coal mafia Majhi, and he used to audit their financial accounts.

Police sources said that Agarwal was also allegedly involved in reinvesting their ill-gotten money in many shell companies and channel their money back into white income sources through fraudulent means.