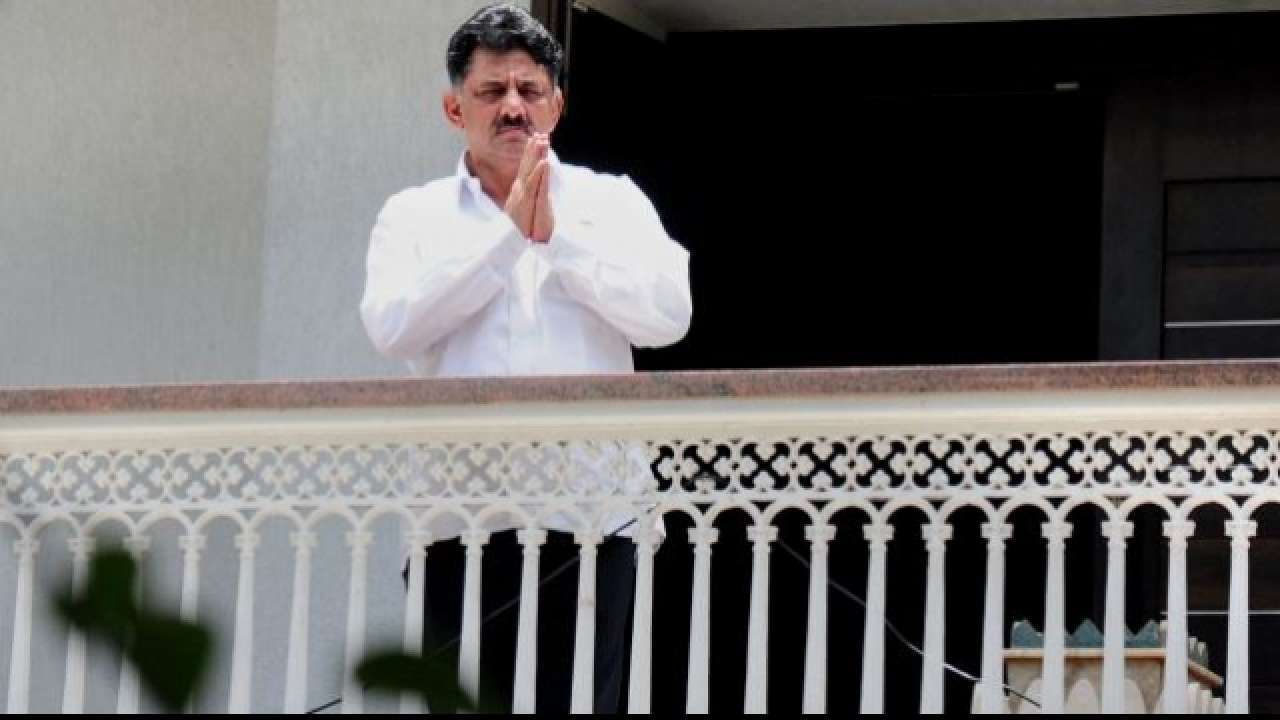 The former cabinet minister and sitting MLA from Kanakapura seat appeared before the central probe agency for questioning for the fourth time on Tuesday at its headquarters in Khan Market.

After a long session of grilling, Shivakumar was placed under arrest as per provisions of the Prevention of Money Laundering Act (PMLA), officials said.

The agency wants the Congress leader to be put through custodial interrogation and hence he was arrested, they said.

Soon after his arrest, tweets put out from his handle termed the cases against him as politically motivated as they took a dig at “BJP friends” for being “successful in their mission of arresting” him.

“I appeal to my party cadre, supporters and well-wishers to not be disheartened as I have done nothing illegal. I have full faith in God & in our country’s Judiciary and am very confident that I will emerge victorious both legally and politically against this vendetta politics.

“I congratulate my BJP friends for finally being successful in their mission of arresting me. The IT and ED cases against me are politically motivated and I am a victim of BJP’s politics of vengeance and vendetta,” the tweets said.

His supporters, who had gathered outside the ED office, raised slogans and tried to prevent probe officials from taking him for a procedural medical check-up after his arrest. Shivakumar will be produced before a court here on Wednesday by the Enforcement Directorate for seeking his custody, they said.

The central agency had in September last year registered the money laundering case against Shivakumar, Haumanthaiah, an employee at Karnataka Bhavan in New Delhi, and others.

The Karnataka Congressman had denied any wrongdoing and had said that for playing an “instrumental role” in ensuring safe stay of Gujarat Congress MLAs in a Karnataka resort during the Rajya Sabha polls in 2017, amid allegations that the BJP was trying to poach them, I-T searches were conducted and ED subsequently took action against him.
When Sonia Gandhi’s political secretary Ahmed Patel fought the Rajya Sabha election from Gujarat in 2017, Shivakumar had hosted 44 Gujarat Congress MLAs at the resort to keep the flock together.

During the recent political crisis in Karnataka too, Shivakumar tried to wean away the dissidents and woo them back to the Congress fold. But the Congress-JDS government fell and B S Yediyurappa went on become the chief minister, heading a BJP government.

While making his first appearance before the agency here on August 30, Shivakumar had said that he would cooperate with the ED in the probe.

“It is my duty (to appear)… I have to respect the law. We are lawmakers and law abiding citizens. They (ED) have summoned me…. I don’t know why they have called me under Prevention of Money Laundering Act (PMLA).” “But, let me see, hear them. I am ready to face them (ED),” he had told reporters outside the ED office.
Congress party leaders in Karnataka on Tuesday cried foul saying their colleague was a victim of vendetta politics, a charge rejected by the BJP leaders.

Shivakumar had to appear before the agency after the Karnataka High Court last week dismissed his petition challenging the summons issued to him by the ED.

The ED had filed a PMLA case against him and others based on a charge sheet (prosecution complaint) filed by the Income Tax Department against them last year before a special court in Bengaluru on charges of alleged tax evasion and hawala transactions worth crores.

The I-T department has accused Shivakumar and his associate S K Sharma of transporting huge amount of unaccounted cash on a regular basis through ‘hawala’ channels with the help of three other accused.