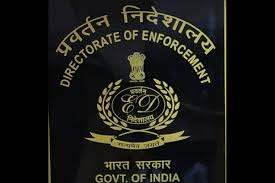 NEW DELHI: The Enforcement Directorate (ED) has attached assets worth about Rs 66 lakh of alleged cyber criminals based in Jharkhand’s Jamtara district, the central probe agency said on Thursday.

The Enforcement Directorate (ED) slapped criminal charges under the PMLA against the accused after taking cognisance of a Jharkhand police FIR and chargesheet that charged them with illegal withdrawal and transfer of money from ATMs and bank accounts of gullible people in the guise of being bank officials.

The ED said its investigation found that the accused “in connivance with other persons acquired funds in their bank accounts and family members’ bank accounts by cheating bank customers, some other individuals and invested the same in the construction of houses and purchase of vehicles”.

The agency had filed a chargesheet in the case before a special PMLA court in Ranchi in May, 2019 and “charges against all the accused persons have been framed and the trial is underway”.