Ex Vice President of Maldives stays put in ship, no word on exit 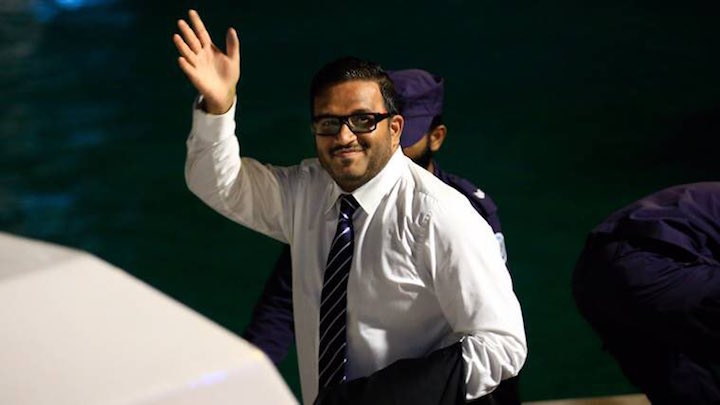 Ex Vice President of Maldives stays put in ship, no word on exit

TUTICORIN: A day after he arrived here on a cargo vessel sans valid documents, the former Vice President of Maldives, Ahmed Adheeb Abdul Ghafoor Friday continued to stay put in the ship and police authorities here said they had no update on when he will leave home.

The Maldivian leader was still on the ship and Central government agencies were seized of the situation, and district police as of now has no update on the matter, a police official told PTI.

The ship was close to the berth and besides the dignitary, the nine other crew members were also on the ship, he added.

Going by an earlier input of the Centre that the Maldivian national did not have valid documents, it was expected that he will leave home, he said.

However, it was not known as to when he will exit, the official added.

The role of the local police was confined to providing security, he pointed out.

Adheeb had reached India on Thursday via sea route but was denied entry as he did not possess any valid document.

While the state police on Thursday said he “cannot deboard now, since there was no information about him coming to India,” the Ministry of External Affairs had said he had not entered the country through a designated entry point.

“There are designated entry points through which foreigners are allowed entry into India. The entry is facilitated on the basis of appropriate valid travel documents,” MEA spokesperson Raveesh Kumar had said in Delhi.

“In the instant case, since he was not entering India through a designated entry point and did not possess the valid document, he has not been permitted entry into India,” Kumar said about Adheeb’s entry.