ExxonMobil to lay off 1,900 US employees; mostly at Houston offices 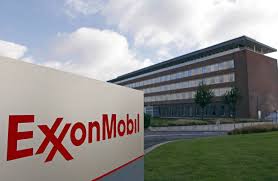 ExxonMobil to lay off 1,900 US employees; mostly at Houston offices

NEW DELHI: Global oil giant ExxonMobil has said it intends to reduce its US workforce by around 1,900 employees, with international staff reductions potentially rising to as much as 15 per cent over the next year, as the COVID-19 pandemic batters energy demand and prices.

Earlier this month, the company announced reductions of 1,600 positions across its European affiliates.

The layoffs of 1,900 employees in the US will occur through a “voluntary and involuntary programmes”, the company said in a press release on Thursday.

Exxon said the job cuts, part of a global reorganisation, will come mainly from its Houston, Texas office. The company cites the pandemic’s impact on its businesses as the reason behind its move to “improve efficiency and reduce costs”.

“The company recognises these decisions will impact employees and their families and has put these programmes in place only after comprehensive evaluation and thoughtful deliberation,” the company said.

“Employees who are separated through involuntary programmes will be provided with support, including severance and outplacement services,” it said.

Exxon was once the largest US publicly-traded company but has been cutting costs due to a collapse in oil demand and ill-timed bets on new oilfields and expansions. It has promised to shed more than USD 10 billion this year in project spending and cut operating expenses by 15 per cent.

Just six years ago, Exxon opened a state-of-the art campus in Spring, Texas, which houses four of its offshoot companies.

In addition, the company holds a Baytown complex, which it touts as one of the “largest integrated and most technologically advanced refining and petrochemical complexes in the world”.