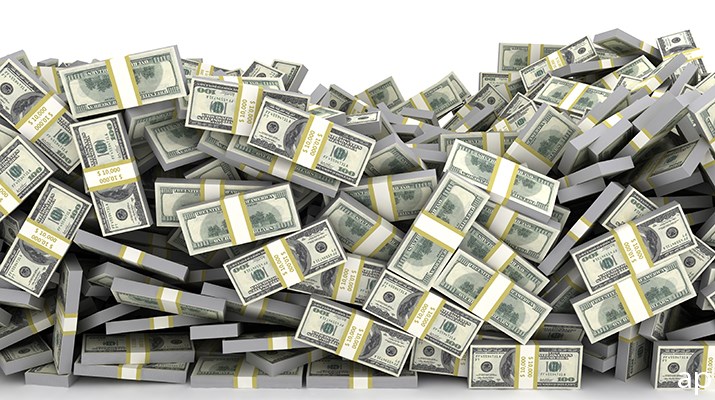 NEW DELHI: After declining for two consecutive quarters, the country’s foreign exchange (forex) reserves surged by USD 4.34 billion to USD 581.21 billion in the week ended April 9, according to the latest RBI data.

In the reporting week ended April 9, 2021, the increase in forex reserves was on account of a rise in foreign currency assets (FCA), a major component of the overall reserves.

Expressed in dollar terms, the foreign currency assets include the effect of appreciation or depreciation of non-US units like euro, pound and yen held in the forex reserves.

The gold reserves increased by USD 1.30 billion to USD 35.32 billion in the reporting week, the RBI data showed.

The country’s reserve position with the IMF rose USD 24 million to USD 4.95 billion in the reporting week, the data showed.