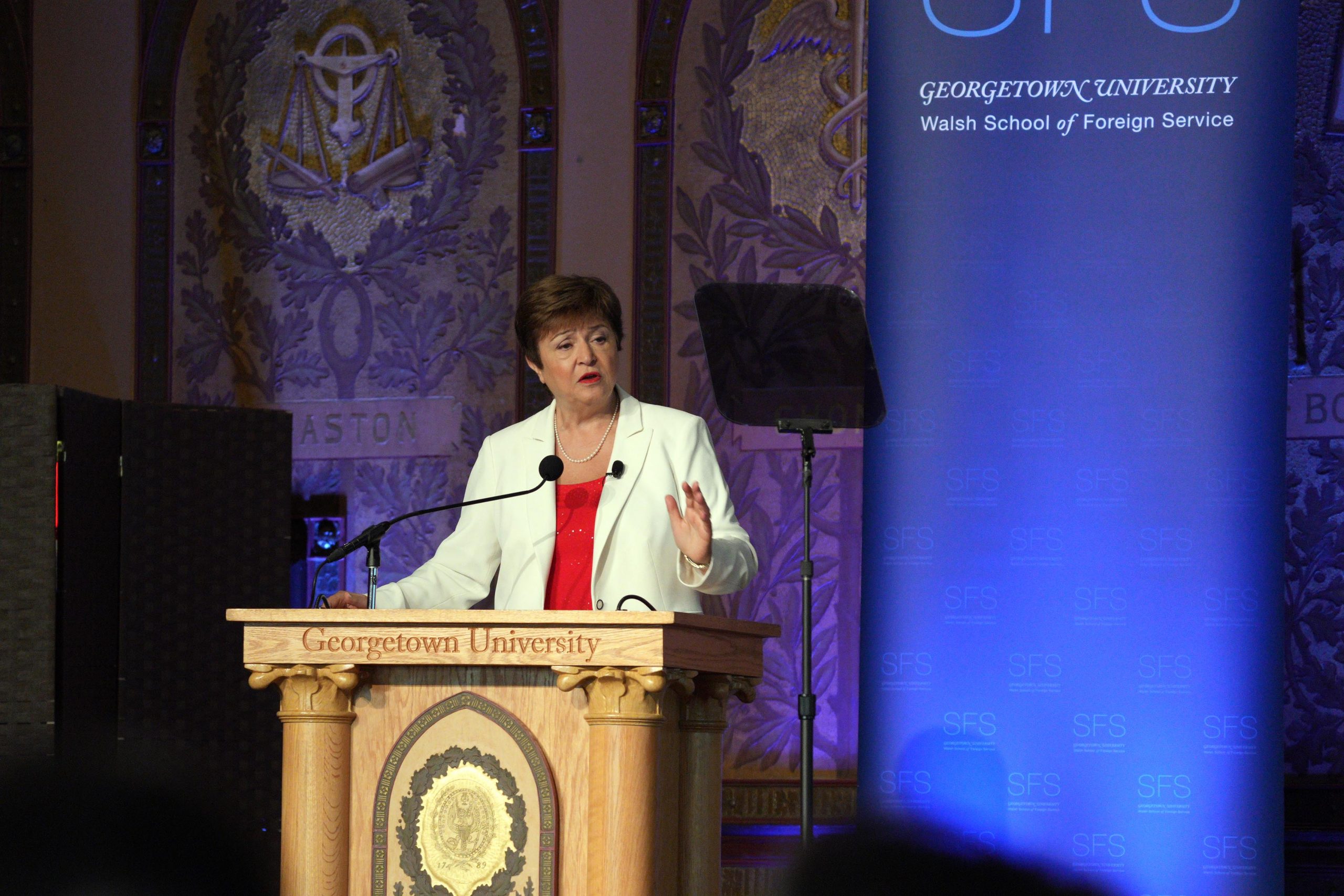 WASHINGTON: The global economy is moving from a world of relative predictability to one of greater uncertainty, IMF chief Kristalina Georgieva has said, warning that countries accounting for about one-third of the world economy will experience at least two consecutive quarters of contraction this or next year.

In a major policy speech here ahead of the annual meeting of the International Monetary Fund (IMF) and the World Bank, IMF Managing Director Georgieva on Thursday said the World Economic Outlook to be released next week would further downgrade the global growth projections.

We have downgraded our growth projections three times already, to only 3.2 per cent for 2022 and 2.9 per cent for 2023. And as you will see in our updated World Economic Outlook next week, we will downgrade growth for next year, she said.

We will flag that the risks of recession are rising. We estimate that countries accounting for about one-third of the world economy will experience at least two consecutive quarters of contraction this or next year. And, even when growth is positive, it will feel like a recession because of shrinking real incomes and rising prices, she said.

Overall, we expect a global output loss of about USD 4 trillion between now and 2026. This is the size of the German economy a massive setback for the world economy. And it is more likely to get worse than to get better, she said.

Observing that uncertainty remains extremely high in the context of war and pandemic, she said there could be even more economic shocks. Financial stability risks are growing: rapid and disorderly repricing of assets could be amplified by pre-existing vulnerabilities, including high sovereign debt and concerns over liquidity in key segments of the financial market, she said.

We are experiencing a fundamental shift in the global economy: From a world of relative predictability with a rules-based framework for international economic cooperation, low-interest rates, and low inflation… to a world with more fragility greater uncertainty, higher economic volatility, geopolitical confrontations, and more frequent and devastating natural disasters a world in which any country can be thrown off course more easily and more often, Georgieva said.