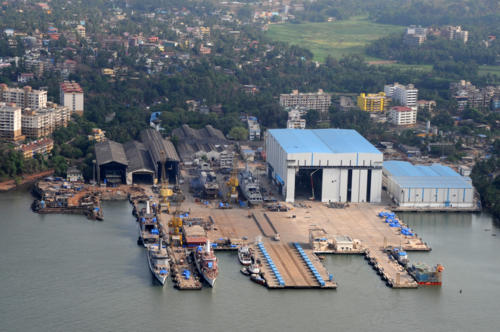 PANAJI: Goa Shipyard Limited (GSL) has bagged the Rs 65-crore contract to build 12 anti-ramming patrol boats that would be deployed at Pangong Lake in Ladakh to thwart Chinese aggression.

The PSU is expected to roll out the patrol boats by May 2021, by when snow would have melted at the lake and a face-off between India and China troops could resume.

The Defence sector Public Sector Undertaking will also carry out maintenance of these boats for four years.

Goa Shipyard Limited is led by its Chairman, Commodore Bharat Bhushan Nagpal (retd), and has an employee strength of 1,472, including 240 officers, 177 supervisors, and 919 workers.

There has been no breakthrough in the stand-off in Ladakh despite eight rounds of talks between the military commanders of the two armies.

“The Indian Army has inked a contract with Goa Shipyard Limited for 12 fast patrol boats for surveillance and patrol of large water bodies, including those in high altitude areas. Their delivery will commence from May 2021,” the Indian Army said in a tweet.

These indigenous boats will accommodate additional troops for patrols at the lake, where China has lately laid claims to Indian territory, leading to a tense situation on the Line of Actual Control (LAC).

Pangong Tso’s 134-km length is divided into eight ‘fingers’, a military parlance for mountain spurs jutting into the water body that are contested by both sides.

The lake is frozen with the onset of winters, and the Army plans to deploy around two dozen such boats by next summer.

The Indian Army had been looking for boats with strong capabilities to thwart Chinese incursions into the lake, and made a requisition for such vessels and consulted the Indian Navy.

The Navy came up with the design and gave technical advice to the manufacturer, keeping in mind the capabilities needed at the height of 14,000 feet above the mean sea level.

These boats can accommodate 25 to 30 soldiers (in addition to troops who carry out foot patrols) along with ample numbers of arms and ammunition and have better capabilities than Chinese boats deployed in the lake.

The Indian boats have high-speed capabilities to thwart Chinese incursions into the lake area.

The need to upgrade the Indian boats at Pangong Lake was felt in the wake of military stand-off between Indian and Chinese troops on the Line of Actual Control in eastern Ladakh from early May.

India claims that the LAC lies at Finger 8 at the Pangong Lake and has been holding on to the area till Finger 4. However, in a clear alteration of the status quo, the Chinese troops have been camping at Finger 4 and even set up fortifications between Fingers 5 and 8.

There have been regular face-offs between the two armies between Fingers 4 and 8, a distance of eight km, on the northern bank of the lake.

Confrontations began in the Pangong Lake area — both in the water and its bank — after the Chinese incursions changed LAC status quo there.

Now, India and China are engaged in a nine-month-long stand-off at the LAC in eastern Ladakh. Despite dialogues at various levels, there has not been any breakthrough.