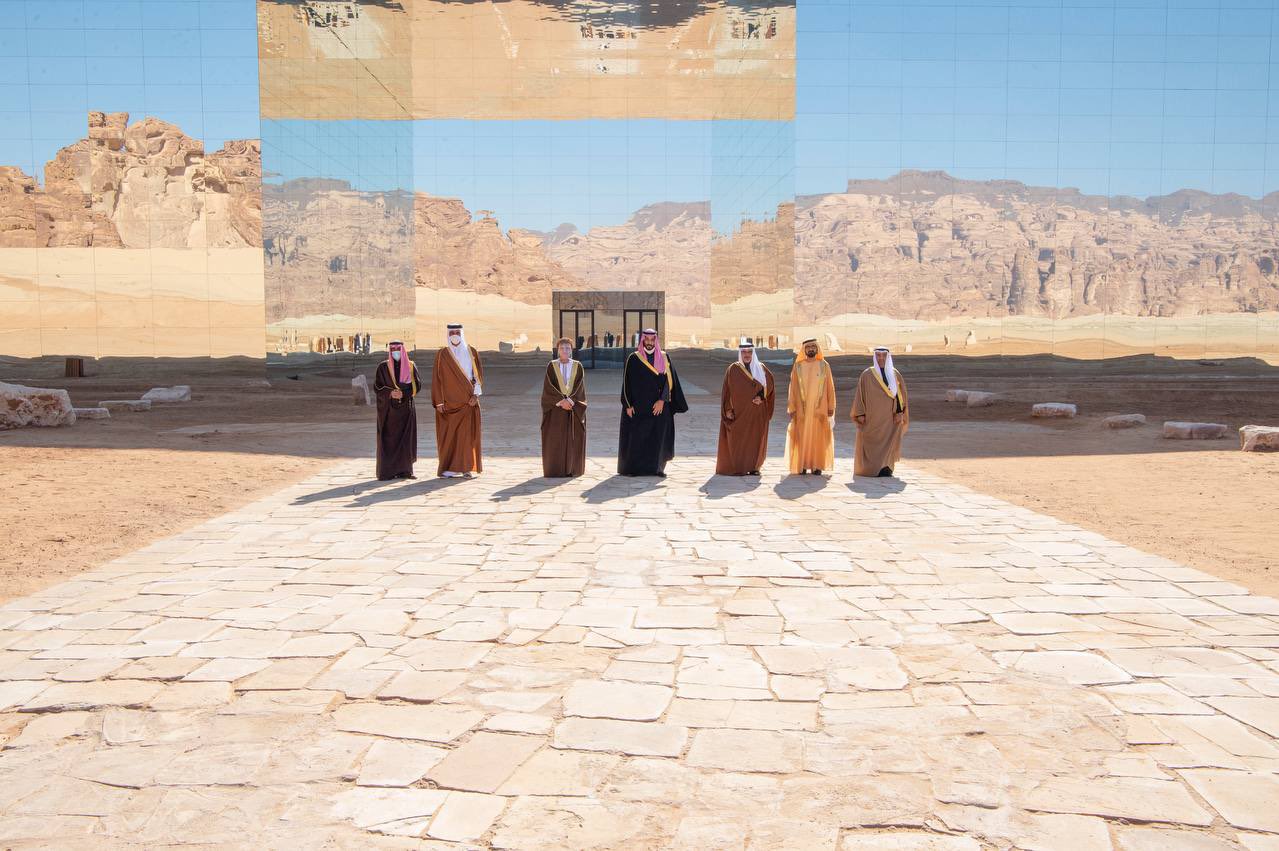 The Saudi decision to open its airspace and borders to Qatar was the first major step toward ending the diplomatic crisis that began in 2017, just as the Trump administration was raising pressure on Iran. The Saudi move was announced Monday night, on the eve of the gathering of Gulf Arab leaders in Saudi Arabia’s ancient desert city of Al-Ula.

It was unclear what, if any, significant concessions Qatar had made before the summit. Still, an immediate shift in tone was palpable as one of Qatar’s Al Jazeera Arabic news Twitter accounts shared photos of the Riyadh and Abu Dhabi skylines on Tuesday following years of critical coverage.

The diplomatic breakthrough followed a final push by the outgoing Trump administration and Kuwait to mediate the dispute. It also came as Saudi Arabia seeks to unify Arab ranks ahead of the incoming administration of President-elect Joe Biden, which is expected to take a firmer stand toward the kingdom and re-engage with Iran.

Dania Thafer, executive director of Gulf International Forum, said Saudi Arabia is concerned about whether Biden will draw down the U.S. military presence in the Persian Gulf that had expanded under President Donald Trump and enter back into nuclear negotiations with Iran.

“If that is the case, then the (Arab) states need to respond with a regional solution to security. And I think resolving the Gulf crisis is one step forward towards that direction,” she said.

Saudi Crown Prince Mohammed bin Salman, who embraced Qatar’s emir upon his arrival at the summit, said the region needed to unite and face challenges posed by Iran’s proxies and its nuclear and ballistic missile programs.

He said the declaration signed by Gulf leaders and Egypt “emphasizes Arab and Gulf solidarity and stability, and reinforces the continuity of friendship and brotherhood between our countries.”

The four countries that jointly boycotted Qatar — Saudi Arabia, the United Arab Emirates, Egypt and Bahrain — were hoping their embargo and media blitz would pressure it to end its close relations with Turkey and Iran. Egypt and the UAE view the support by Qatar and Turkey of Islamist groups like the Muslim Brotherhood as a security threat. Saudi Arabia and Bahrain are primarily concerned about Qatar’s ties with Iran.

The boycott failed to change Doha’s stance, however, instead buoying its young ruler domestically as patriotic fervor swept through Qatar in support of his resolve. It also pushed Qatar closer to Turkey and Iran, which rushed to support the ultra-wealthy Gulf state as it faced medical and food supply shortages in the first days of the embargo.

While the Saudi decision to end its embargo marks a milestone toward resolving the dispute, the path toward reconciliation is far from guaranteed. The rift between Abu Dhabi and Doha has been deepest, with the UAE and Qatar at sharp ideological odds.

The UAE’s Minister of State for Foreign Affairs, Anwar Gargash, tweeted late Monday that his country was keen to restore Gulf unity but cautioned: “We have more work to do.”

The conflict in Libya remains a contentious issue, with Egypt and the UAE supporting military commander Khalifa Hifter, who launched a 2019 assault on a Tripoli-based bloc backed by Turkey and Qatar.

Thafer said the issues that sparked the row haven’t been eliminated.

“The core tensions are still lingering, and that leaves a major question mark on how will they move forward,” she said. The summit and the declaration signed in Al-Ula to support Gulf unity “were confidence-building mechanisms more than they were a full reconciliation.”

The presence of Qatar’s Sheikh Tamim bin Hamad Al Thani at the summit marked the first time he’s attended the Gulf Cooperation Council meeting in Saudi Arabia since the boycott began. He sent an envoy to the past two summits there.

This year, Egypt’s foreign minister also attended the meeting of the six-nation Gulf Cooperation Council, which comprises Saudi Arabia, the UAE, Bahrain, Kuwait, Oman and Qatar. The meeting was chaired by the Saudi crown prince rather than his father, King Salman.

Meanwhile, Qatar’s finance minister arrived to Cairo Tuesday for the opening of a luxury hotel on the Nile, developed by Qatar’s Diar. It is the first visit to Egypt by a senior Qatari official since the crisis began. Officials at Cairo’s airport said the Qatari minister flew directly from Doha through Saudi airspace.

This year’s GCC summit is the first since Washington brokered normalization deals between Israel and the UAE, Bahrain, Sudan and Morocco in rapid succession, marking a major shift in regional alliances.

Trump adviser and son-in-law Jared Kushner, who spearheaded those deals, was at the summit for the signing of the Gulf declaration.

The dispute had pitted regional U.S. allies against one another at a time when the Trump administration was working to pressure Iran. It also separated families who had intermarried with Qataris and ended years of visa-free travel for Qataris in parts of the Gulf.

Thafer said the dispute was seen as “low-hanging fruit” that the Trump administration felt it had the leverage to try to resolve quickly.

Saudi Arabia’s decision to end the embargo not only underscored the kingdom’s assertion of its heavyweight position among Arab states, but also its regional leadership, which has been challenged at times by the UAE’s unilateral and politically shrewd moves.

Qatar’s only land border with Saudi Arabia, which it relied on for the import of dairy products, construction materials and other goods, has been mostly closed since June 2017.

The boycotting countries made a list of demands on Qatar that year, including that it shutter its flagship Al-Jazeera news network and terminate Turkish military presence in Qatar, which is also home to a major U.S. military base. Qatar rejected the demands and has denied support of extremists.