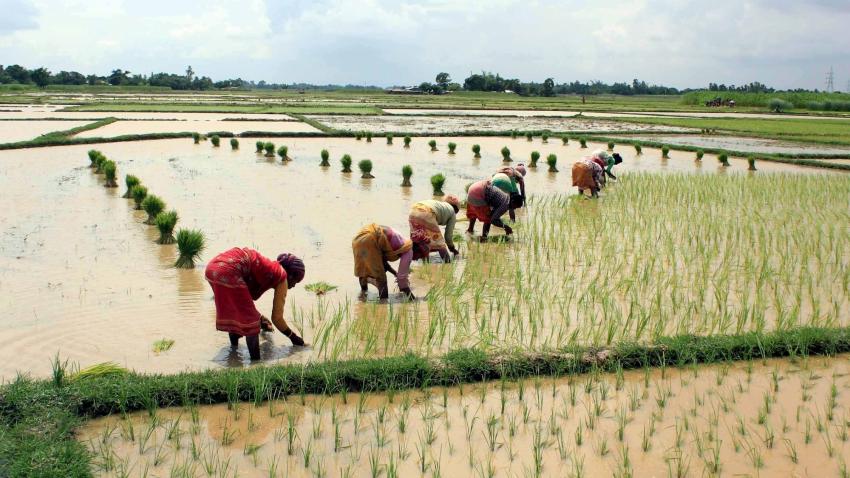 NEW DELHI: Faced with flood-like situation in some parts of Uttar Pradesh, throwing normal life out of gear, heavy rains in the state have a silver lining with the state’s kharif sowing showing encouraging results, though pulse production might be a little worrisome.

With heavy rains in most parts of the state, kharif sowing has been most encouraging this year and the sowing area in the state has registered an increase of about 2.16 per cent as compared to the previous year, UP Agriculture Minister Surya Pratap Shahi said Thursday.

Though paddy sowing in the state has remained at 59.78 lakh hectares like the previous year, there has been an increase of 2.85 per cent in the area on which ‘makka, jwar, bajra’ and other such foodgrains have been sown, the minister told PTI.

The area of pulses sowing like ‘urad, moong and arhar’ has registered a marked increase of 12.40 per cent but the sustainability of the standing crop in continued inclement weather is a cause of worry, the minister said.

“For a good pulse crop, which is grown largely in the Bundelkhand region among others, it is time that weather clears up fast,” he stressed.

The area under groundnut, soyabean and til (sesame) cultivation has also registered a rise by 5.99 per cent, he said.

Kharif sowing had taken off on a slow note with the monsoon setting off a little late this season, but this has largely been undone with the good wet spell.