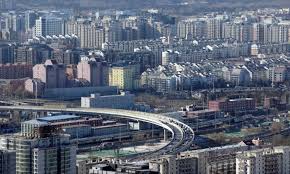 BEIJING | HANGZHOU: When President Xi Jinping of China vowed to increase the supply of rental housing last year, millions of young Chinese expected to find homes they would finally be able to afford.

But the government’s initiative has had an unintended effect: a surge of property investors into the rental market that has dramatically pushed up prices.

This summer, rents in China’s major cities soared in the double-digits, forcing the people that Xi vowed to help – many of them white-collar workers or recent college graduates – to downgrade to smaller flats and relocate to less desirable neighbourhoods.

Companies flush with investor funding – like Ziroom and 5I5J – have been aggressively developing hundreds of thousands of rental homes in the past year.

But the homes do not come cheap, despite the increased supply. The average rent in Beijing jumped 21.16 percent year-on-year in August, compared with 3.12 percent a year earlier, data from the China Real Estate Association (CREA) shows. Similar trends were seen in other major Chinese cities.

Soaring rents have fuelled widespread public frustration as the cost of living surges in cities, outpacing salary growth for many people.

“Rent now makes up about 30 percent of my salary while my housing condition is worse,” said Tian Enyu, a 35-year-old divorced office manager in Beijing.

At least 19 provincial capitals have seen rents soar this summer, with Chengdu in Sichuan province posting the biggest year-on-year rise of 32.95 percent in August, according to CREA.

Investors have been piling into the rental housing sector.

Ziroom, which is owned by Zuo Hui, chairman of the Chinese real estate broker Lianjia, raised 4 billion yuan in January from investors including Tencent Holdings, Warburg Pincus and Sequoia Capital.

The Singapore sovereign wealth fund GIC launched a 4.3 billion yuan venture with Nova Property Investment in May to acquire rental apartments in cities like Beijing and Shanghai.

Ziroom had about half a million rooms in China and commanded a market share of 30 percent at the end of 2017, according to Reuters calculations based on an April report by Meadin.com.

Xiangyu, a rental unit owned by 5I5J, was a close second with a 27 percent share.

About 1.66 million rooms were owned or managed by rental companies and developers at the end of last year, according to Meadin.

Ziroom and Xiangyu typically source units from property owners. They then renovate the properties and rent them out at a premium, which some experts call a “forced upgrade” for tenants.

“These companies are very aggressive in securing flats this year,” said Yu Runze, who leased his two-bedroom Beijing apartment to Ziroom for 7,800 yuan a month in May after rejecting an offer from Xiangyu.

The rent that Xiangyu charges is often double the price that it pays to flat owners for their properties, said Zhang Yongjing, a former property agent with 5I5J in northern Shanxi province’s capital, Taiyuan.

While the rental giants have been accused of driving up prices, a lack of regulations means that regulators have limited power to act or enforce existing rules, according to property analysts and a government source.

However, it did not take action against companies believed to be using such practices.

A housing ministry source also said the body does not have an official rent tracking system, though it is “closely monitoring the situation”.

Some analysts also blamed the persistent shortage of rental supply for the high rents.

There are 900,000 homes that are technically available for rent in Beijing, according to Hu Jinghui, a former vice president at 5I5J, but Chinese home owners prefer to let them sit empty and wait for the value of their investments to rise over time.

The government does not publish an official home vacancy rate.

The housing ministry and the statistics bureau did not respond to requests for comment.

Dingjia, a Hangzhou-based rental company, went belly-up in August due to what its chief executive called an aggressive market expansion, marking the first high-profile bankruptcy in the sector.

To ensure a pipeline of properties, Dingjia often paid home owners more than the eventual rental price. A tenant surnamed Lu told Reuters she rented from Dingjia this year for 4,700 yuan per month, but Dingjia paid the apartment owner 5,600 yuan.

Lu was asked by Dingjia to sign a year-long consumer loan contract with a Chinese loan platform, Aishangjie, to pay her rent.

After Dingjia went under, Lu was stuck with the remaining debt payments of 23,500 yuan as her landlord stopped receiving rental payments.

It is unclear whether the government will act on the rental market given Xi’s vows to develop the sector.

A source at one of China’s big-four banks, who requested anonymity, said the bank had not received any guidance to tighten financing to the sector.

Sources close to the government, who also requested anonymity, told Reuters that they were unaware of any major change in policy despite the rising risks.

“The market is neither balanced nor transparent,” said a source at the Ministry of Land and Resources. But “if Xi doesn’t say something needs to be done, these ministries won’t do anything.” ($1 = 6.8466 Chinese yuan renminbi) ( Additional Reporting by Beijing Newsroom; Editing by Ryan Woo and Philip McClellan)