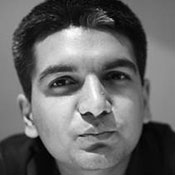 The Appointments Committee of the Cabinet, headed by the prime minister, cleared the new assignment for Kumar, who is currently working as Director in the Prime Minister’s Office.

Kumar’s appointment will come into effect from the day of the assumption of charge and his tenure will be on co-terminus basis or until further orders, whichever is earlier, the official order said.

Born in September 1981, Kumar is a Chemical Engineering graduate from the Indian Institute of Technology Bombay. After a brief spell as a Business Development Manager in a telecom software start-up,

Kumar joined the Indian Foreign Service in September 2004. Prior to his assignment in Sydney, he has served as Consul General of India in Vladivostok, and as Second Secretary in Moscow, in addition toworking at the Ministry of External Affairs in New Delhi.

Kumar is a technology enthusiast, and enjoys reading extensively across a wide range of topics.

In another move, Bharat Lal, a 1988 batch Gujarat cadre IAS officer, was transferred out of the office of the President of India to the Jal Shakti Ministry as an Under Secretary. Lal was serving as Additional Secretary in the President”s Secretariat.

With Press Trust of India inputs