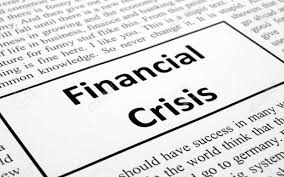 NEW YORK: India has sharply criticised the United Nations (UN) and its affiliated organisations for sitting on the sidelines as the current financial crisis unfolded, saying that the IMF remained helpless despite the economic meltdown impacting adversely on the developing nations.

India called on the world body to use its universality to coordinate an international response, which is crucial to overcoming the crisis.

During a discussion on the annual report of UN chief Ban Ki-moon, Indian Ambassador Nirupam Sen attacked the Secretariat for ignoring the economic crisis that is now “crushing” the poor around the globe and for lacking any vision for the future or how the organisation could help developing countries deal with the serious looming challenges.

While the world had not ended, the world of Wall Street had certainly ended, and the “Masters of the Universe had bitten the dust, the same dust that is now in the mouths of the rest of us,” Sen said, adding that the free market, like free love, had come to an end.

He branded the report, which gives snapshot of UN work in development, human rights and other areas and its vision for future, as “inadequate if not irrelevant”.

Sen told delegations gathered for the Assembly’s annual review that the document should have spelled out how the UN could rebuild the global political and economic institutions.

The report, he said, also remained silent on intellectual property rights and how the organisation could stimulate the stalled Doha Round of talks being held under the auspices of the World Trade Organisation, another institution “approaching irrelevance.”