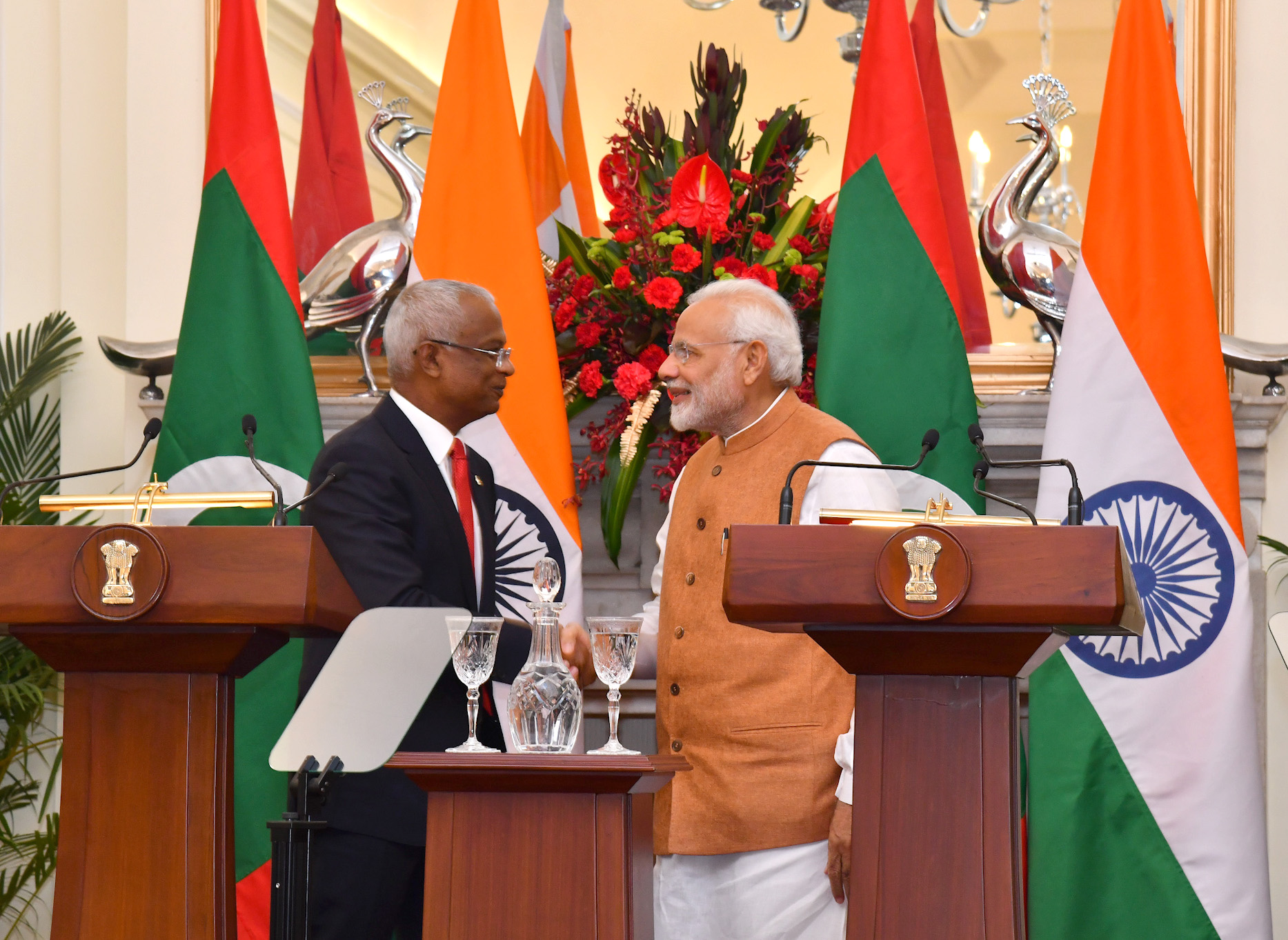 One of the highlights of my ongoing visit to India is the opportunity to meet Maldivian families and students living in Delhi. I highlighted on the new Visa arrangements which will bring greater convenience to students, families and other Maldivians visiting India.

The two countries also inked four pacts, including one on visa facilitation.

“We held successful talks in a cordial atmosphere. We vowed to strengthen ties,” Modi said in his press statement, with Solih by his side.

He also said the security interests of the two countries were intertwined and both sides will work together to further strengthen cooperation in the Indian Ocean region.

“We will not allow our countries to be used for activities which can be harmful to each other’s interests,” Modi asserted.

The prime minister said India is extending USD 1.4 billion as budget support, currency swap and line of credit for the social and economic development of Maldives.

“We want greater trade ties with Maldives. There are increasing opportunities for Indian companies in the island nation,” he said.

On his part, Solih said the two sides agreed to strengthen maritime security cooperation in the Indian Ocean region through coordinated patrol and aerial surveillance.

Solih arrived here Sunday on a three-day state visit, his first foreign trip after assuming the charge of the top office in the island nation a month ago.

Relations between India and the Maldives deteriorated after then president Abdulla Yameen imposed emergency on February 5 this year.

India had criticised his decision and asked his government to restore the credibility of the electoral and political process by releasing political prisoners. The emergency lasted for 45 days.