India may take oil from Iran, Venezuela again under new US admin 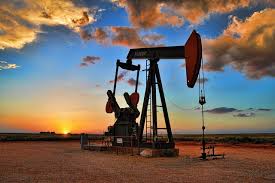 India may take oil from Iran, Venezuela again under new US admin

NEW DELHI: India may pursue a case for resumption of oil supplies from sanction-hit Iran and Venezuela once the Joe Biden administration takes charge in the US.

Sources in the Oil Ministry said that as a big importer of oil, India wanted to have a diversified market for crude and in this, if traditional markets like Iran and Venezuela are revived, it would only be for good.

Though, sources said there would not be any change in relations with the US with change of regime there, limited talks could be initiated to see if the oil market can be expanded for big buyers so that competitive pricing is derived.

Iran was India’s second largest oil supplier till sanctions by the West over its nuclear programme cut oil supplies.

India stopped crude oil supplies from Iran altogether from May 2019 following reimposition of US sanctions.

Venezuela, on the other hand, was the fourth largest crude supplier to India before US sanctions in January 2019 on the state-run companies there reduced their oil exports.

For India,p a wider crude oil import basket works to its advantage at it protects against supply disruptions in one of the countries. It also helps on getting better supply deals.

India imports 85 per cent of its oil needs and its dependence on oil expected to remain firm for at least next couple of decades. Energy consumption here is expected to grow by 3 per cent annually till 2040, much higher than any other energy guzzling country.