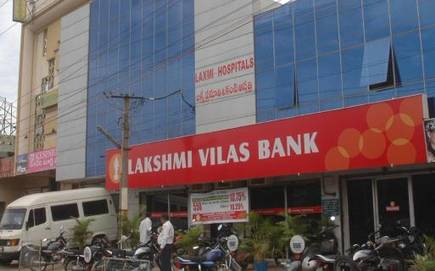 MUMBAI: Exuding confidence of getting the regulatory nod for merger with Lakshmi Vilas Bank in two months and the merged entity to be operational by next March, Indiabulls Housing Finance Tuesday said it will turn itself into an SME-focused bank if the merger goes through.

The promoters exiting the real estate business or at least making it debt-free should also help get the RBI go ahead, IBHF deputy managing director Ashwini Hooda told over the phone.

The RBI is interested in understanding the strategic vision of the two partners before it clears the merger, he said, adding “as part of the representation, they have promised RBI to turn the merged entity into a small and medium enterprises-focused bank.”

At present, SME loans constitute just over 20 percent of the combined loan book (Indiabulls and LVB put together) and we will take it to 40-45 percent in two years, he said, adding the weighting on housing loans will nearly half to 35 percent from 60 percent now.

The Indiabulls promoters will get down their holding in the bank to 15.5 percent through a share sale just ahead of the merger and take it down further to under 10 percent within 18 months of the merger.

He said the degree of confidence in the deal going through has become very high over the past few months since the deal was first announced. The companies have already got the fair trade commission’s approval for the same.

It can be noted that earlier this year, Indiabulls Housing and the old-age LVB had announced a deal to merge in a share swap deal, which will give the mortgage lender a foothold in full-fledged banking and help get the South-based lender out of the difficulties of capital squeeze.

Indiabulls promoters’ high exposure to the realty sector, which the RBI has been publicly nervous about, had led to widespread skepticism whether the deal will pass the regulatory muster.

Hooda said there is regular conversation between the officials of the RBI and that of the company.

The company has been preparing for the merger for some time now and took measures including additional loan provisions and an exit from commercial real estate with for this, he said.

Hooda attributed a third of the decline in profit in the June quarter to the merger talks and the resultant churn realty advances, with the rest of the impact coming from the ongoing liquidity issues.

“As we await the regulatory decision on our merger application, which I expect in the next 45-60 days, we are focused on incremental loan book growth coming from MSME/LAP loans and housing loans,” vice chairman Gagan Banga said in the statement.

The Indiabulls counter jumped 7.87 percent at Rs 514.10 on the BSE as against the benchmark rallying 0.75 percent after weeks of bloodbath.