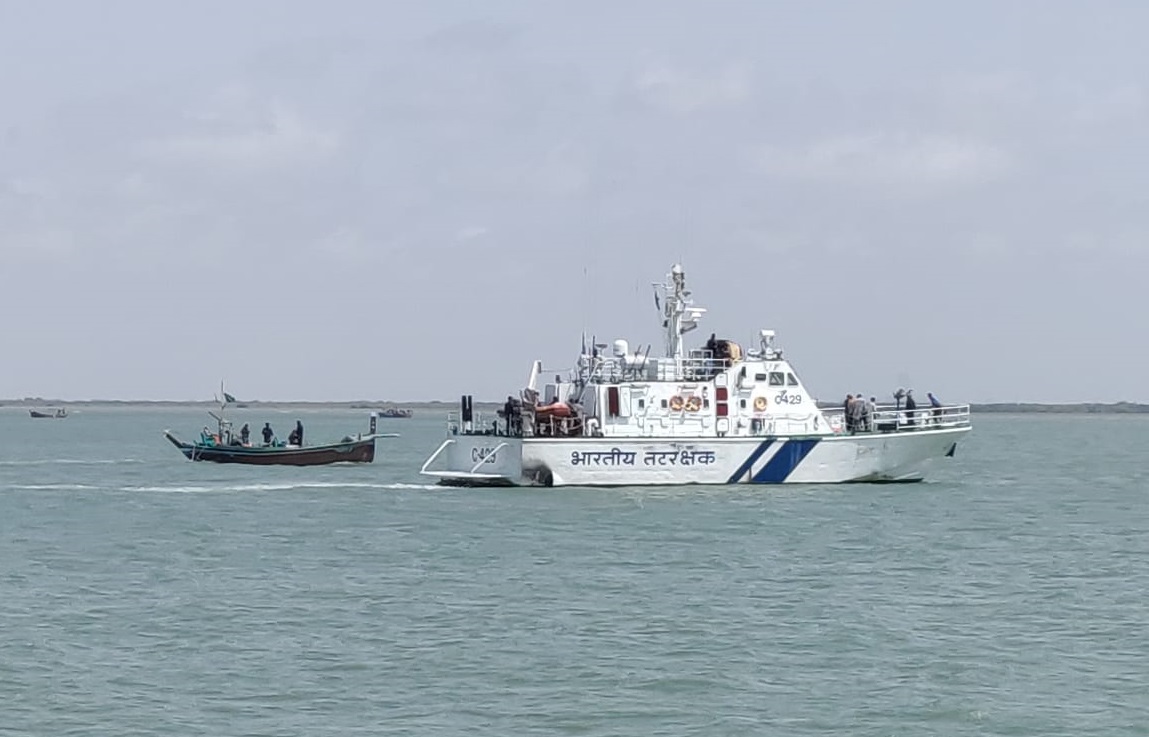 NEW DELHI: In a joint intelligence-based operation with ATS Gujarat, a Pakistani boat ‘NUH’ has been apprehended by Indian Coast Guard (ICG) off Jakhau, Gujarat with 30 kgs of heroin. Eight Pakistani nationals have also been arrested from the boat.

An input was received on April 13, 2021 regarding suspected narcotics trafficking by Pak boat off Indo-Pak notional international maritime boundary line (IMBL). Upon receiving the input, a coordinated operation was jointly launched by ICG and ATS Gujarat. 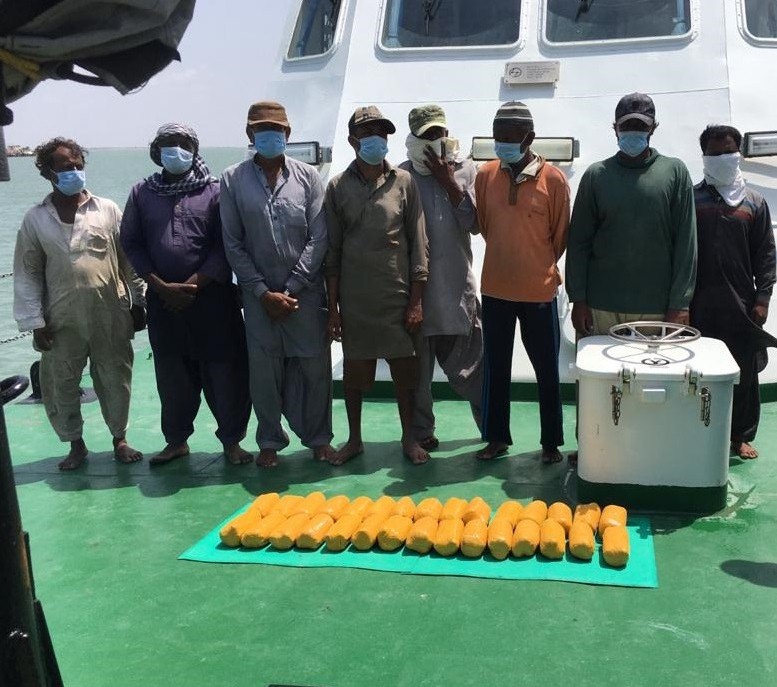 The fast interceptor boat of ICG with ATS officials was deployed to intercept the suspected Pak boat. On the midnight of April 14-15, 2021, the suspected Pak boat was sighted inside Indian waters and intercepted by ICG. On boarding and rummaging, about 30 packets of Heroin weighing approximately one kg each were recovered from the boat.

The value of seized narcotics in international market is estimated to be around Rs 300 crore. Preliminary investigations revealed that the consignment being smuggled was destined for landing on Gujarat shore. The boat along with eight Pakistani crew is being escorted to Jakhau for further search and joint investigation.

It may be recalled that on March 18, 2021, ICG had apprehended SLB Ravihansi with about 300 kgs of heroin, five AK-47 rifles and 1,000 rounds of ammunition off Lakshadweep Island, which was suspected to have originated from Makran coast. Prior to this, ICG had successfully apprehended SLB Akarsha Duwa which admitted of carrying 200 kgs of high-grade Heroin and 60 kgs Hashish and jettisoning it at sea on sighting of ICG ships on patrol.

In the past one year, ICG has successfully seized more than 1.6 tons of narcotics worth approximately Rs 5,200 crore.