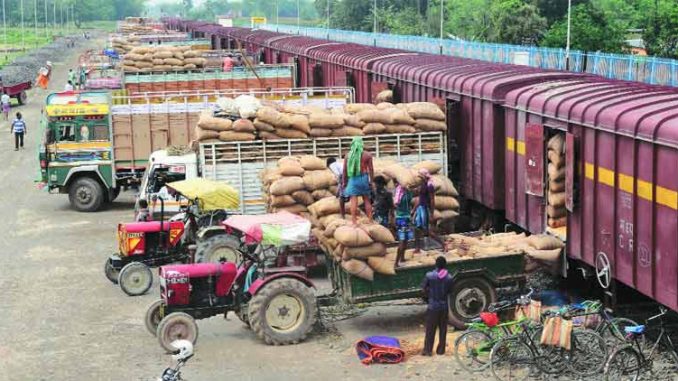 NEW DELHI: India’s export of agricultural and allied products in 2020-21 grew by 17.34 per cent to USD 41.25 billion, and this growth momentum is expected to be sustained in the current fiscal as well, a top government official said on Thursday.

He also informed that exports have taken place from several clusters for the first time, for instance, the export of fresh vegetables and mangoes from Varanasi, and black Rice from Chandauli.

Further, as many as 18 states — including Maharashtra, Kerala, Nagaland, Tamil Nadu, Assam, Punjab, and Karnataka — have finalised their specific action plan to implement the Agri export policy.

As part of the policy, 46 unique product-district clusters have been identified for export promotion and 29 cluster level committees have been formed.

The commerce ministry in a statement said that pesticide residue problems have affected Basmati rice exports to the European Union due to stringent norms imposed by the EU for chemicals like Tricyclazole and Buprofezin, which are extensively used in rice cultivation in India.

Export Inspection Council (EIC) testing has been made mandatory for Basmati exports to the EU, which led to a decrease in the number of alerts.

“As a result, Punjab imposed a ban on the sale of 9 chemicals, including tricyclazole and buprofezin, during the Kharif season 2020,” it added.

Efforts are also being made to ensure that the process for fixing Import Tolerance Limits (ITLs) for Tricyclazole and Buprofezin by the EU is not delayed.

When asked about SEIS (Services Exports from India Scheme), Wadhwan said when the department would make a new foreign trade policy, “what we need to do for services will be taken into account based on stakeholder feedback and other inputs”.

Appropriate schemes and measures will be there for the sector, he added.