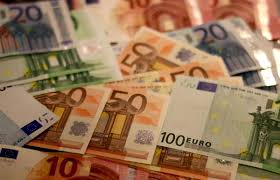 NEW DELHI: Foreign direct investments (FDI) into the country grew 19 per cent to USD 59.64 billion during 2020-21 on account of measures taken by the government of India on the fronts of policy reforms, investment facilitation and ease of doing business, the commerce and industry ministry said on Monday.

In terms of top investor countries, Singapore is at the top with 29 per cent share. It was followed by the US (23 per cent) and Mauritius (9 per cent) during the last fiscal.

“Measures taken by the government on the fronts of FDI policy reforms, investment facilitation and ease of doing business have resulted in increased FDI inflows into the country,” it said.

It added that the inflows are an endorsement of India’s status as a preferred investment destination among global investors.

The computer software and hardware sector attracted the highest inflows with around 44 per cent share of the total FDI equity inflows. It was followed by construction (infrastructure) activities (13 per cent) and services sector (8 per cent), respectively.

“Gujarat is the top recipient state during 2020-21 with 37 per cent share of the total FDI equity inflows, followed by Maharashtra (27 per cent) and Karnataka (13 per cent),” it added.