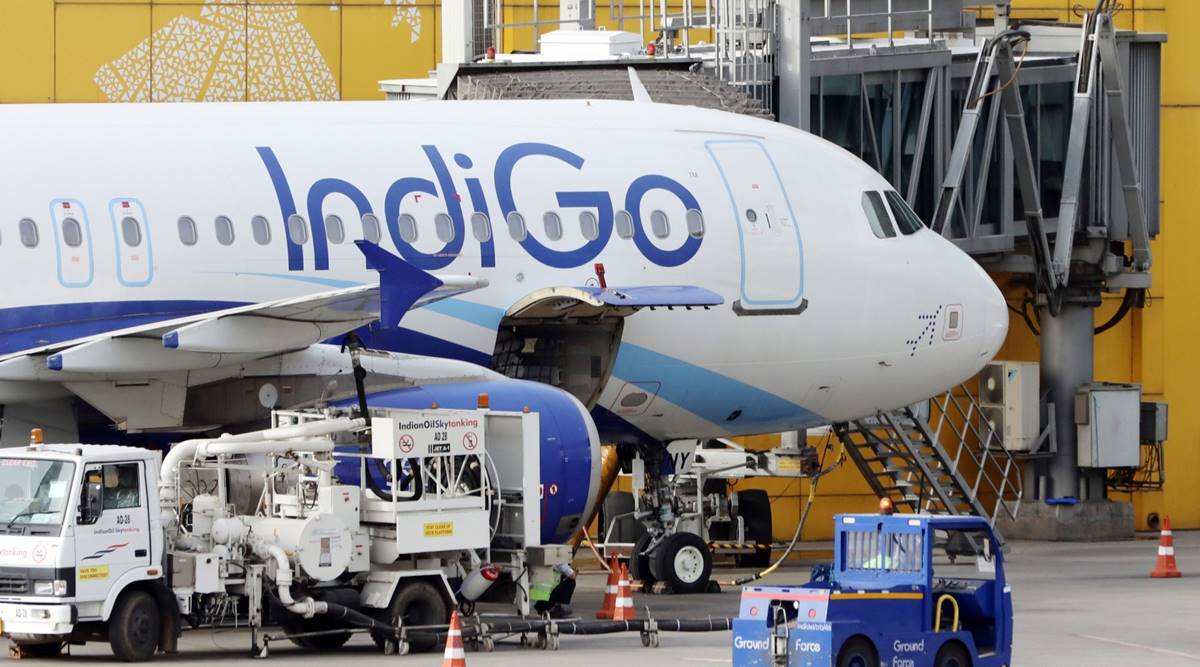 NEW DELHI: InterGlobe Aviation, parent of the country’s largest airline IndiGo, on Saturday reported a consolidated net loss of Rs 1,147.2 crore in the three months ended March, primarily due to a sharp decline in revenues amid the coronavirus pandemic.
The airline, which had a fleet of 285 planes at the end of March 2021, had a net loss of Rs 870.8 crore in the year-ago period.
As air travel demand was significantly hit by the pandemic, the carrier’s consolidated total income slumped over 26 per cent to Rs 6,361.8 crore in the fourth quarter of the current fiscal, according to a release. The total income was at Rs 8,634.6 crore in the 2020 March quarter.
For the full year ended March 2021, the company’s net loss widened to Rs 5,806.4 crore from Rs 233.7 crore in 2019-20 fiscal.
Total income fell 58 per cent to Rs 15,677.6 crore in the last financial year. The same stood at Rs 37,291.5 crore in the year-ago period.
IndiGo CEO Ronojoy Dutta said that last fiscal had been a very difficult year with revenues slumping hard due to COVID, showing some signs of recovery during the period December to February and then slumping again with the second COVID wave.
“While we have seen a sharp decline in revenues in March through May, we are encouraged by the modest revenue improvements starting last week of May and continuing through June,” he said.
Its total expenses in the March quarter slipped 24.2 per cent to Rs 7,519 crore. The airline said its occupancy rate or load factor during the March quarter was 70.2 per cent, compared to 82.9 per cent in the year-ago period.
The carrier had been operating flights connecting 65 domestic cities and 10 international cities as on March 31. It said its on-time performance in four key metro cities of the country was 95.17 per cent in March quarter.
Dutta said: “We see this pandemic as a period of great trial for both our shareholders and our employees.”
The airline said it had a total debt of Rs 29,859 crore as on March 31.
IndiGo had a total cash balance of Rs 18,568 crore, comprising Rs 7,099 crore of free cash and Rs 11,468 crore of ‘restricted cash’ as on March 31. Restricted cash is not immediately available to the company and it is kept separate for a specific purpose.
The aviation sector has been hit hard due to the second wave of the coronavirus pandemic.
While the domestic air traffic in the country had touched around 3 lakh passengers per day by February-end, it is currently hovering at around 70,000 passengers currently.
Scheduled domestic flight services were suspended in India from March 25 to May 24 last year due to the lockdown. The domestic flights resumed operations from May 25, 2020, but in a curtailed manner.
Moreover, scheduled international flights have been suspended in India since March 23 last year. However, special international passenger flights have been operating in India under the Vande Bharat Mission since May 2020 and under bilateral air bubble arrangements between India and other countries since July 2020.