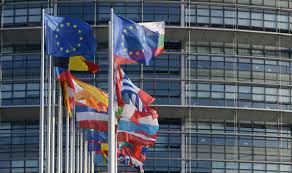 MILAN: Italy’s populist government on Monday responded to EU (European Union) criticism of its budget with a vow to stick to its public spending hike while scrupulously keeping to its own deficit limits.

“The figure of 2.4 per cent (deficit to GDP ratio in 2019) is a ceiling that we have solemnly undertaken to respect,” Prime Minister Giuseppe Conte told journalists after the coalition sent its pledge in a letter to EU officials in Brussels.

“It’s possible that we don’t reach it, but it’s certain that we won’t exceed it,” Conte said of the self-imposed deficit limit.

The government had until midday (1000 GMT) to reply to Brussels’ concerns about the cost of its draft budget aimed at stimulating growth.

Despite the war of words, Conte also vowed that Italy would remain within the European Union and keep the euro currency.

“Read my lips: for Italy there is no chance of Italexit, to get out of Europe or the eurozone,” Conte said, amid growing concerns over Brexit negotiations and the prospect of Britain crashing out of the bloc without an agreement.

A deficit of 2.4 per cent of annual economic output next year would be triple the amount forecast by the previous Italian government and come close to the EU limit of 3.0 per cent.

In turn, it would aggravate Italy’s already massive debt mountain, at some 130 per cent of gross domestic product (GDP), way above the EU 60 percent ceiling and second only to Greece’s in Europe.

But the coalition government of the anti-establishment Five Star Movement (M5S) and anti-immigrant League has said it would reduce total debt to 126.5 per cent in 2021.

“We are not hot-headed. If we had adopted a different budget we would have gone into recession,” Conte said.

“We want a dialogue with European institutions in a spirit of faithful collaboration and constructive dialogue.” In its four-page letter to the European Commission, Italy’s government admitted its budget was “not in line with the norms of the stability and growth pact” governing EU member state public finances.

“It was a difficult decision but necessary given the delay in achieving pre-crisis GDP levels and the dramatic economic situation of the most disadvantaged in Italian society,” the letter said.

Italy’s proposed hike in public spending saw Moody’s on Friday cut its debt rating from Baa2 to Baa3, although with a stable outlook, meaning it will likely not downgrade the Italian economy again within six months.

The European Commission formally warned Italy last week that its plans for 2019 were a serious concern, sending a letter to Rome to warn that it did not rule out rejecting the entire budget.

The downgrade from Moody’s was the latest move by international financial watchdogs sounding the alarm over Italy’s economic health.

Moody’s cited a “material weakening in Italy’s fiscal strength, with the government targeting higher budget deficits for the coming years,” as well as debt holding near the current 130 percent of GDP “rather than start trending down as previously expected”.

It includes a series of pension and tax changes costing 37 billion euros (USD 43 billion), of which 22 billion will be paid for by borrowings, expanding the deficit.

“I see that in a country with six million living in poverty, they are implementing plans to alleviate poverty,” EU Economics Commissioner Pierre Moscovici said on Monday.

Rome “thinks that raising public spending will create growth (but) we’re in a period of overheating and most economists think that this will not be the case,” Moscovici told France Inter radio.

“Italy’s place is in the heart of Europe and not outside.