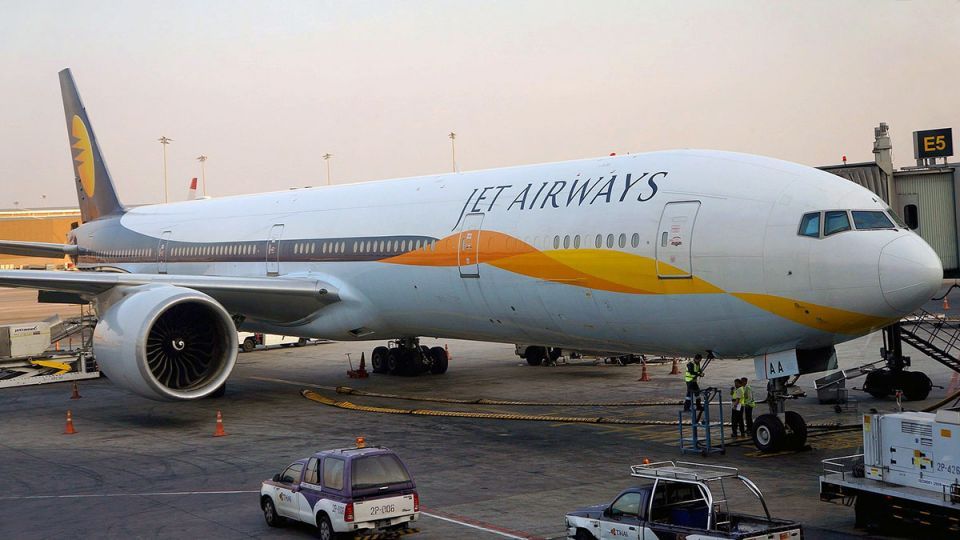 NEW DELHI: Jet Airways on Thursday became the first domestic airliner to go into bankruptcy as the NCLT admitted an insolvency petition filed by State Bank on behalf of 26 lenders, sending its share price soaring a whopping 150 percent after having plumbed life-lows for many days.
While SBI made a claim of Rs 967 crore from the once largest airline (Rs 505 crore in working capital loans, and an overdraft of Rs 462 crore; apart from a term loan of Rs 1,292 crore), it owes over Rs 8,500 crore to 25 other financial creditors and over Rs 13,000 crore to hundreds of vendors and the 23,000-odd employees.
The airline formally stopped flying on April 17 after being on the verge since late last year and banks voted for bankruptcy on June 17.
The NCLT tribunal comprising VP Singh and Ravikumar Duraisamy set a 90-day deadline to the resolution professional–Ashish Chhauchharia of Grant Thornton to conclude the resolution process, even though the bankruptcy law allows 180 days for the same, saying “the matter is of national importance.”
The bench also instructed the resolution professional to file fortnightly progress report and submit the first such report on July 5 when it will begin to hear the matter again.
Meanwhile, the tribunal rejected an intervention plea sought by a Dutch trustee of two of its vendors in Amsterdam, saying the Dutch court had no jurisdiction to order bankruptcy of Jet Airways. The two Dutch logistics vendors sought the tribunal’s nod to make an intervention petition on Tuesday.
It can be noted that two vendors of Jet had confiscated a passenger plane at the Amsterdam airport late March to recover their dues and a local had in May ordered bankruptcy process against Jet and had appointed Rocco Mulder as the administrator for the same.
Significantly, the tribunal also rejected the bankruptcy pleas filed by two operational creditors–Shaman Wheels and Gaggar Enterprises–who claimed Rs 8.74 crore and Rs 53 lakh respectively from Jet. They were the first to take the airline for bankruptcy on June 10.
Rejecting their pleas, the tribunal said, since Section 7 of the IBC has already been admitted today, their petitions cannot be entertained, but added the petitioners are free to approach the RP.
Meanwhile, creating a history of sorts on Dalal Street, Jet Airways stocks rallied by a whopping 150 percent intra-day ahead of the bankruptcy plea admission. This is the highest intra-day swing in any stock so far, according to data from the exchanges.
After hitting a new life-time low falling over 18 percent in opening trade at Rs 27, the Jet counter soared to close the day with 93.35 percent rally on the BSE at Rs 64. In the last 13 trading days, its shares had tumbled 78 percent.
The lenders, who had been owning the airline since March 25, had on June 17 decided to take the company to NCLT as they could not find a buyer. Even the only preliminary bid from Etihad-Hinduja consortium has reportedly wanted the banks to take 90-95 percent haircut and also exemptions from open offer norms of the Sebi, which would not have been possible under an outright sale.
Jet owes over Rs 3,000 crore to its 23,000 employees who have not been paid since March and some of them like engineers and pilots were getting part salaries since last December. The NCLT is yet to admit a plea by its engineers and pilots union seeking them to be made parties to the case.
The company also owes over Rs 10,000 crore to aircraft vendors/lessors and has negative networth and accumulated losses of over Rs 13,000 crore.
The nascent bankruptcy process has been fraught with inordinate delays with only a fraction of the cases have been resolved within the timeline, while the asset in on the books of the once the largest airliner are just fraction of its dues which run into over Rs 36,000 crore.
Anyways, the airline remains an asset only as a legal entity as its liabilities far outweigh the negligible assets.
It is not even a going concern now, making the recovery process all more irrelevant.
While its liabilities and debt are over Rs 36,000 crore, the only key assets are its two Heathrow airport slots which is majority owned by Etihad and 49.9 percent stake in its loyalty programme called JPMiles.
Also, most of its domestic airport slots have been given away to other airlines by the government and so are some of its slots at some key international airports.
On the aeroplane assets side, Jet had only 16 on its book as the rest of its 123 fleet were on lease and most of them have been de-registered and taken away by the foreign lessors already. These 16 planes are said to be valued at Rs 5,000 crore.
Also, despite the massive rally today, the Jet shares value is at life lows. When banks converted a part of their debt into equity when the stock was trading over Rs 250 apiece. Banks own 51 percent of the airline now. The conversion price was fixed at a nominal Re 1, though.
It can be noted that on April 8 through 12, bankers had put the airline on sale-offering 33 to 75 percent stake-of which the lenders own 51 percent now-to interested parties and received four preliminary bids.

The bids came in from two private equity players-TPG and Indigo Partners and also from Etihad Airways and the national sovereign wealth fund NIIF. But none of them chose to submit financial bids. The lenders had initially put May 30 deadline to complete the sale process.